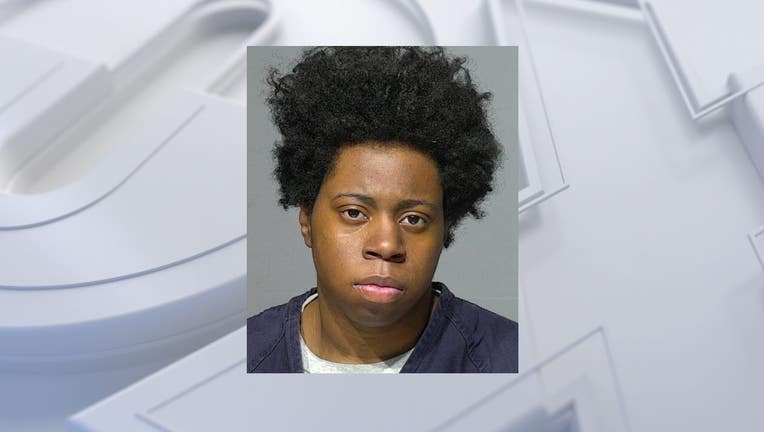 MILWAUKEE - A Milwaukee woman who has never had a driver's license faces a felony charge in connection with a crash near 35th and Fond du Lac on June 25 that led to her mother's death.

Prosecutors say Wright told them she was driving the Kia. Her mother was a passenger and later died from her injuries at the hospital, a criminal complaint says. Wright told investigators her 7-year-old son was also in the vehicle.

There were three people in the Dodge; a man and his girlfriend and child. The woman and boy went to the hospital with injuries.

According to prosecutors, Wright indicated she'd been trying to make a U-turn and was struck by the Dodge, spotting the Magnum as it drove fast up Fond du Lac after she left the Checkers restaurant in the area. She said she tried to avoid being hit by turning the car more.

The driver of the Dodge said Wright made a U-turn in front of him and he struck her, the complaint says.

Wright said she "never went to get" her license, and DOT records showed she's never been issued one. She was cited in Milwaukee in October 2021 for driving without a license, the complaint notes.

She made her initial appearance in court July 1 and received a $5,000 signature bond.