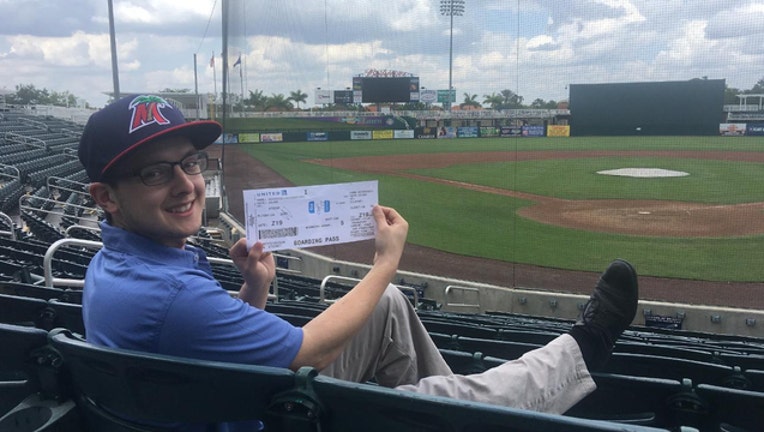 FORT MYERS, Fla. - United Airlines passengers won't have to worry about being bumped from their seats at an upcoming Fort Myers Miracle game.

The Florida-based minor league baseball team is offering half-price tickets to anyone with a United Airlines boarding pass. The offer comes after footage of security officers dragging a passenger off an overbooked United Express flight was posted online.

On their website, the team says they have "plenty of seats and a lot more legroom."

The team also offered the man who was removed from the flight, and his family, tickets to a suite anytime during the 2017 season.

"A seat is a seat, and we will never overbook our ballpark," the Miracle said online.

United Airlines' parent company CEO Oscar Munoz defended the conduct of his employees, saying they followed procedures. But Chicago's aviation department placed on leave a security officer who dragged the man from the plane, leaving him with a bloody lip.