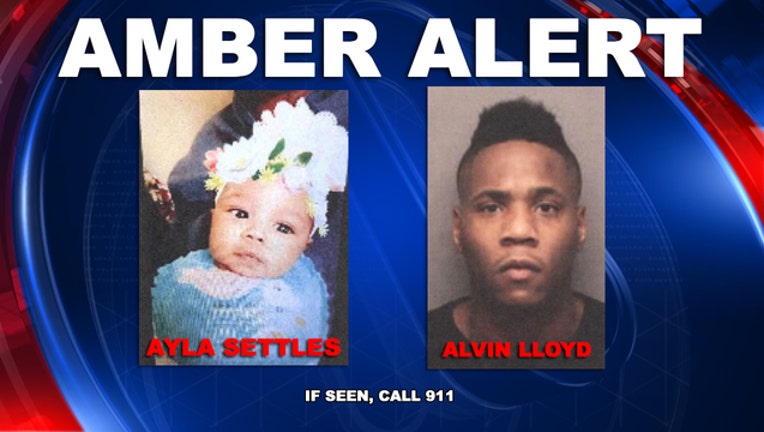 MEMPHIS, Tenn. (FOX 13) - The Tennessee Bureau of Investigation issued an Amber Alert Tuesday morning for a 5-month-old baby girl. She was later located and returned safely to her family. Her non-custodial father was arrested for taking the infant from her home.

Ayla Settles was last seen in Memphis, Tennessee. Authorities say she was taken from her home by force at approximately 2 a.m.

The missing baby girl was last seen wearing a red onesie. She is described as a black, five-month-old female with brown eyes weighing about 20 pounds.

TBI believes Settles was taken by her non-custodial father, 19-year-old Alvin Lloyd. Lloyd fled the area with the baby on foot and authorities believe he could still be in the area.