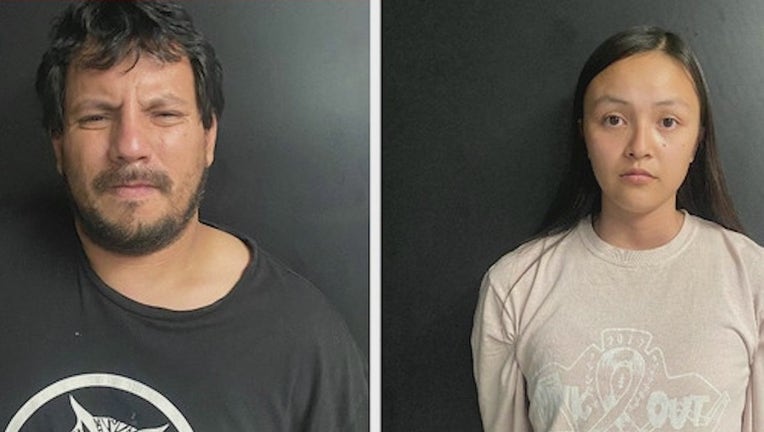 PHOENIX - Two people are facing federal charges after a missing Arizona girl was found in Mexico.

The U.S. Dept. of Justice says 38-year-old Daniel Navarro and 20-year-old Julie Le drove the 15-year-old girl to Tijuana back on July 1.

The teenage girl, identified only as "A.T.," had been visiting relatives in California for the summer when Navarro allegedly convinced her to run away with him to Mexico.

He reportedly posed as a teenage boy named "Angel" and had an online relationship with the 15-year-old for the past year.

"A review of one of Navarro’s Instagram accounts, ‘dn.2021.01,’ revealed conversations between Navarro and A.T. on A.T.’s Instagram account in which Navarro professed his love for A.T. and discussed having sex with A.T. in order to impregnate her," read an affidavit.

On July 1, the night before the victim's 15th birthday celebration, Navarro and his alleged accomplice, Julie Le, drove the teen to Tijuana while she was hidden in the backseat.

Navarro and Le, both California residents, were arrested on Sunday when they tried to reenter the U.S., ten days after bringing the girl to Mexico.

The 38-year-old is accused of impersonating a teen to lure the victim into having sex.

"The affidavit states that Navarro used social media in attempt to convince one of A.T.’s relatives to run away with him, and that Navarro tried to entice other teenage girls to send him sexual images," officials said.

The girl was rescued from a home in Tijuana on Monday and has been safely reunited with family.