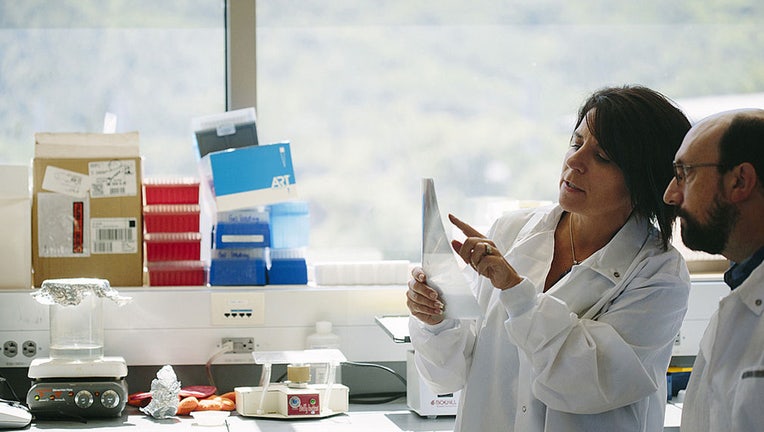 A much-debated drug for Lou Gehrig’s disease won U.S. approval on Thursday from the Food and Drug Administration.

The nod represents a long-desired victory for patients, though it is likely to renew questions about the scientific rigor behind government reviews of experimental medicines, as the Associated Press has reported.

The FDA approved the drug from Amylyx Pharmaceuticals based on results from one small, mid-stage study, the AP reported.

In the small clinical study, patients with the debilitating disease appeared to progress more slowly and survive several months longer.

"This approval provides another important treatment option for ALS, a life-threatening disease that currently has no cure," Dr. Billy Dunn, FDA’s neurology drug director, said in a statement.

It's the third U.S.-approved medicine for the treatment of amyotrophic lateral sclerosis, or ALS — which destroys nerve cells needed for basic functions such as walking, talking and swallowing.

"The company really tried to do everything possible to get this potentially promising drug out to patients," she added.

Amylyx’s drug is the latest in a series of neurological drugs that have won FDA approval despite questionable effectiveness data, according to the AP.

The agency is still facing two government probes into its approval of the Alzheimer’s drug Aduhelm last year, which has not yet been shown to slow the disease, the AP noted.

But in an online memo summarizing its decision, the FDA said "regulatory flexibility" was appropriate for approving Relyvrio, "given the serious and life-threatening nature of ALS and the substantial unmet need."

In early Sept., FDA advisers — reversing a previous decision — voted to recommend approval of the drug.

The Peripheral and Central Nervous System Drugs Advisory Committee vote was 7-2 in favor of approval after hours of debate regarding the strength and reliability of the company's analyses.

In March, the panel declined to recommend FDA approval for the medication, due to what the group said was a lack of "substantially persuasive" data.

Recently, however, the FDA faced a great deal of pressure from ALS patients, advocates and members of Congress, the AP noted.

The agency received over 1,300 written comments from the ALS community in support of the treatment.

Amylyx, based in Cambridge, Mass., did not immediately disclose the price on Thursday, but the company said it planned to announce the information on a call with investors on Friday morning, the AP reported.

In Canada, where the drug received approval in June, the company has proposed a price equating to $165,000.

AMX0035, as the drug is also known, is reportedly a combination of two existing products. One is a dietary supplement called taurursodiol, which can be purchased online. The other is a prescription drug called sodium phenylbutyrate, used to treat a rare type of metabolic disorder.

The combination is meant to slow down ALS.

ALS is a progressive neurodegenerative disease that affects nerve cells and the spinal cord. There are two types of ALS — sporadic, which is the most common form in the U.S.; and familial — which means it is inherited, according to ALS.org. Scientists have yet to determine the exact cause of the disease.

Julia Musto of Fox News Digital, as well as the Associated Press and Reuters, contributed to this report.