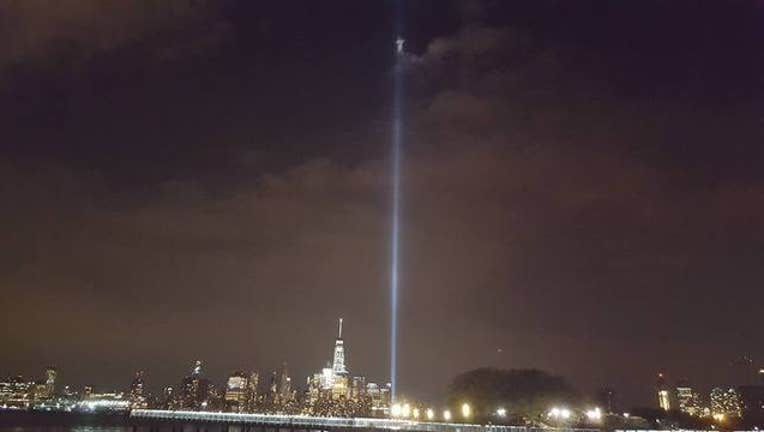 NEW JERSEY (INSIDE EDITION) - As the twin lights shined brightly in the air as a tribute to lives lost in the 9/11 attacks, a mysterious image appeared in the sky that has people talking around the world.

The image of the beams reaching up to the heavens shows what appears to be a figure floating high in the light.

Many have been curious if it is a trick of light or a Photoshop job. Others see it as Jesus or an angel.

"I didn't realize the image was there until I looked back into the camera and saw a larger piece of white there and I kept enlarging it and saw the image," Rich McCormack, who snapped the photo, told Inside Edition.

McCormack says he was standing on the waterfront in Hoboken, New Jersey when he captured the heavenly image. It was 9:30 p.m. Friday and he was taking photos of the 9/11 beams of light across the Hudson River.

He says the photo is not Photoshopped.

"It looked like the image of the lord or an angel… I feel like it was angels watching over us," he said.

Some people think it's an unusual cloud formation. Others see a greater mystery.