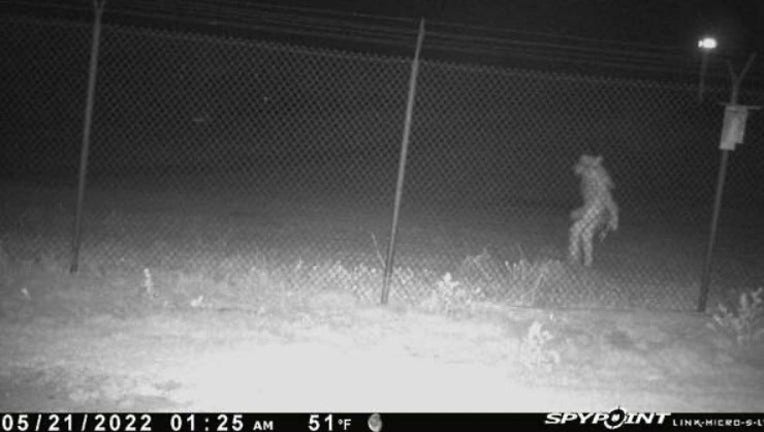 AMARILLO, Texas - An unidentified figure was caught on camera in Amarillo around the zoo and city officials are asking residents to give their best guess on what it might be.

According to the City of Amarillo, the figure was spotted around 1:25 a.m. on May 21 outside the zoo and for now, is referred to as an Unidentified Amarillo Object (UAO).

"Was it a person with a strange hat who likes to walk at night?" the city asked. "A large coyote on its hind legs? A Chupacabra? It is a mystery – for Amarillo to help solve."

OTHER MYSTERIES: Houston man says he found mysterious object in soda can

Officials say there were no signs of burglary, nor were any animals or individuals harmed, so the incident is being treated lightly.

Exactly what was that mysterious light we saw in Houston?

A discussion among many of us on Twitter overnight and Instagram was: what was the orange light? Many areas of Houston saw an orange light that sometimes looked like it was pulsating in the sky, just as the sun was setting into the dark.

That's why authorities are letting the public offer ideas on what the UAO might have been "in the spirit of fun if not curiosity."

"We just want to let the Amarillo community have some fun with this," Kashuba added. "It is definitely a strange and interesting image. Maybe Amarillo can help solve the mystery of our UAO."

On the city's Facebook page, many commentators had their own humorous guesses.

"Clearly it is Rocket the Raccoon from Guardians of the Galaxy," one person wrote.

"They were trying to reach the zoo attendants about their car extended warranty," another person guessed.

"This is literally sonic the hedgehog," another person wrote.