The deputy director of naval intelligence briefs Congress during the first hearing on UFOs in decades.

Weeks after Congress held its first hearing on UFOs in half a century, NASA announced it’s setting up its own independent team to study "unidentified aerial phenomena."

The agency said determining which UFO events are natural and not natural is crucial to both air safety and national security. The new team is separate from the Pentagon’s UFO task force, NASA said, and scientists don’t believe the sightings are "extra-terrestrial in origin."

"NASA believes that the tools of scientific discovery are powerful and apply here also," Thomas Zurbuchen, associate administrator for science at NASA Headquarters, said in a news release. "We have access to a broad range of observations of Earth from space – and that is the lifeblood of scientific inquiry. We have the tools and team who can help us improve our understanding of the unknown. That’s the very definition of what science is. That’s what we do."

The team will be led by astrophysicist David Spergel, president of the Simons Foundation in New York City and former chair of the astrophysics department at Princeton University.

Lawmakers from both parties say UFOs are a national security concern. Sightings of what appear to be aircraft flying without discernible means of propulsion have been reported near military bases and coastlines, raising the prospect that witnesses have spotted undiscovered or secret Chinese or Russian technology. 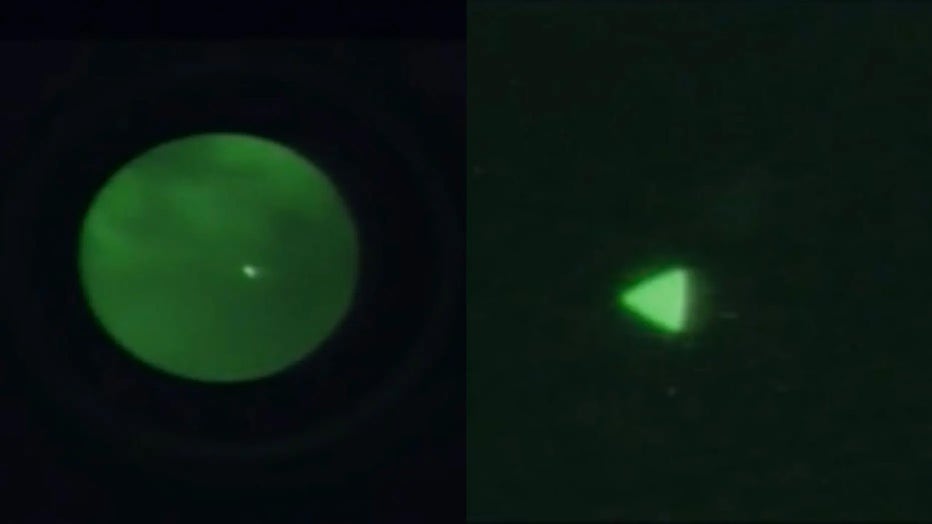 The Department of Defense showcased images of unidentified flying objects during a hearing on May 17, 2022. Pentagon officials said some objects that appeared in the shape of triangles were actually unmanned aerial vehicles. They appeared that way be

But the sightings are usually fleeting. Some appear for no more than an instant on camera — and then sometimes end up distorted by the camera lens.

The NASA study is expected to take about nine months to complete. Its announcement comes a few weeks after Pentagon officials testified before Congress to share the findings of their lengthy UFO study. The U.S. government is believed to hold additional technical information on the sightings that it has not disclosed publicly.

An interim report released by intelligence officials last year counted 144 sightings of aircraft or other devices apparently flying at mysterious speeds or trajectories. In all but one of the sightings investigated, there was too little information for investigators to even broadly characterize the nature of the incident.

"Given the paucity of observations, our first task is simply to gather the most robust set of data that we can," said Spergel, who’s heading the NASA study. "We will be identifying what data – from civilians, government, non-profits, companies – exists, what else we should try to collect, and how to best analyze it."