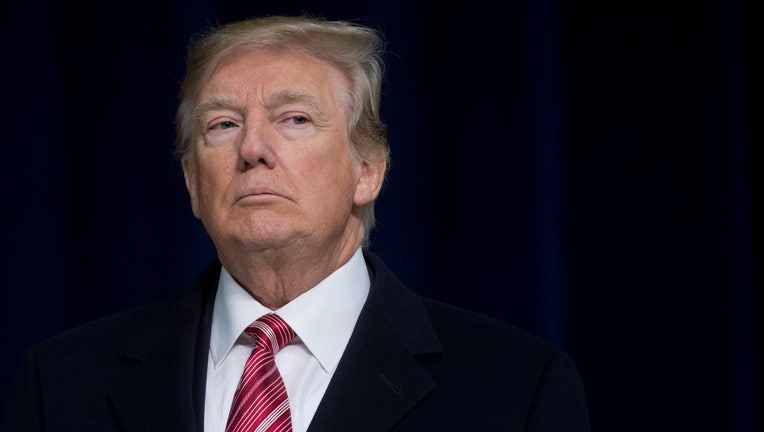 The National Archives and Records Administration informed lawmakers that a number of electronic communications from Trump White House staffers remain missing, nearly two years since the administration was required to turn them over.

The nation's record-keeping agency, in a letter Friday to the House Committee on Oversight and Reform, said that despite an ongoing effort by staff, electronic communications between certain unidentified White House officials were still not in their custody.

"While there is no easy way to establish absolute accountability, we do know that we do not have custody of everything we should," Debra Steidel Wall, the acting U.S. archivist, wrote in a letter to Oversight Chairwoman Carolyn Maloney, D-N.Y.

The letter went on to specify that the National Archives would consult with the Justice Department about how to move forward and recover "the records unlawfully removed."

It has been widely reported that officials in President Donald Trump's White House used non-official electronic messaging accounts throughout his four years in office. The Presidential Records Act, which says that such records are government property and must be preserved, requires staff to copy or forward those messages into their official electronic messaging accounts.

The agency says that while it has been able to obtain these records from some former officials, a number remain outstanding. The Justice Department has already pursued records from one former Trump official, Peter Navarro, who prosecutors accused of using at least one "non-official" email account — a ProtonMail account — to send and receive emails while he worked as the president's trade adviser.

Former President Donald Trump falsely inflated his inflated his net worth by billions to unjustly enrich himself and to cheat the system, New York Attorney General Letitia James alleged at a press conference. James has filed a civil lawsuit against Trump, alleging that he committed business fraud with the help of his children, Donald Trump Jr, Eric Trump and Ivanka Trump and other business advisers. The lawsuit seeks $250 million in penalties and seeks to bar any members of the Trump family from being on a board of directors or running any corporation in the state of New York.

The legal action in August came just weeks after Navarro was indicted on criminal charges after refusing to cooperate with a congressional investigation into the Jan. 6, 2021, attack on the U.S. Capitol.

The House committee has jurisdiction over the Presidential Records Act, a 1978 law that requires the preservation of White House documents as property of the U.S. government. The request is the latest development in a monthslong back-and-forth between the agency and the committee, which has been investigating Trump’s handling of records.

The letter on Friday also comes nearly two months after the FBI recovered more than 100 documents with classified markings and more than 10,000 other government documents from Trump’s Mar-a-Lago estate. Lawyers for Trump had provided a sworn certification that all government records had been returned.

Maloney and other Democratic lawmakers on the panel have been seeking a briefing from the National Archives, but haven’t received one due to the Justice Department’s ongoing criminal investigation into the matter.