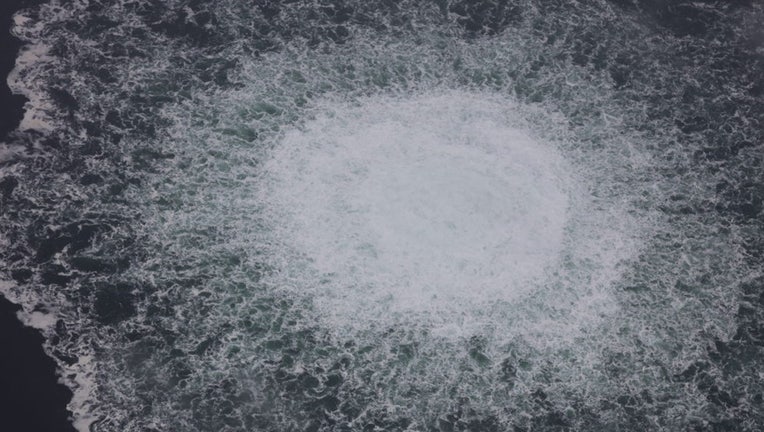 FILE - A gas leak causes bubbles on the surface of the water at Sea in Sweden on Sept. 29, 2022. (Swedish Coast Guard / Handout/Anadolu Agency via Getty Images)

The NATO military alliance warned Thursday it would retaliate for any attacks on the critical infrastructure of its 30 member countries and joined other Western officials in citing sabotage as the likely cause of damage to two natural gas pipelines in the Baltic Sea.

The warning came as the Swedish coast guard confirmed a fourth leak on the pipelines off southern Sweden, which is in the process of joining NATO. The first leaks in the pipelines that extend from Russia to Germany were reported on Tuesday, prompting energy companies and European governments to beef up security.

The fear of further damage to Europe's energy infrastructure has added pressure on natural gas prices, which had already been soaring. Russia, a major supplier to Europe, cut off deliveries earlier this year in retaliation for sanctions imposed after its invasion of Ukraine. That has caused widespread economic pain across the continent.

NATO ambassadors said in a statement that "any deliberate attack against allies’ critical infrastructure would be met with a united and determined response." They refrained from saying who they thought was responsible, even though some allies like Poland, and many experts, have said they believe that Russia is responsible.

"All currently available information indicates that this is the result of deliberate, reckless, and irresponsible acts of sabotage. These leaks are causing risks to shipping and substantial environmental damage," the envoys said. 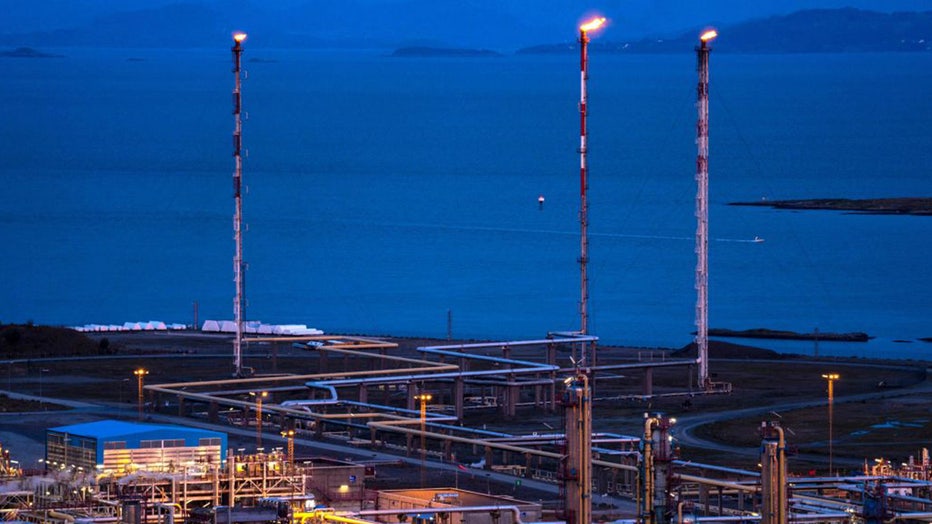 The rising tensions around energy security in Europe come as Russia prepares to annex four regions of occupied Ukraine, a move widely condemned by the West. Russian energy giant Gazprom heightened uncertainty around energy supplies Wednesday by threatening on Twitter to cease dealing with a Ukrainian company that controls one of the two remaining pipelines that ship Russian gas to Europe.

Rather than assigning blame to anyone specific, EU officials on Thursday said they would await the outcome of an investigation, which probably will not start in earnest until next week once the undersea pipelines are empty.

The two lines between Russia and Germany were not in operation. But they were filled with tons of methane, a major cause of global warming that is being emitted into the atmosphere and will continue to bubble to the Baltic Sea's surface, probably until Sunday, according to energy experts.

Danish Defense Minister Morten Bødskov turned to Twitter to call the NATO statement a "joint condemnation and very strong signal from the alliance." But NATO has made many statements of resolve to defend its members and their territory since Russia invaded Ukraine in February.

Two of the leaks are on the Nord Stream 1 pipeline that Russia recently turned off as it ramped up energy pressure on Europe. The other two are on Nord Stream 2, which has never been used. The Danish and Swedish governments have said that they believe the leaks were "deliberate actions."

According to seismologists, the leaks were preceded by explosions. A first explosion was recorded early Monday southeast of the Danish island of Bornholm. A second, stronger blast northeast of the island that night was equivalent to a magnitude-2.3 earthquake. Seismic stations in Denmark, Norway and Finland also registered the explosions.

Speaking Wednesday before the fourth leak was reported, Swedish Prime Minister Magdalena Andersson said it would have taken a large explosive device to cause the damage.

Norway was among the first countries on Wednesday to beef up the protection of its energy installations. Finnish Finance Minister Annika Saarikko said Thursday that security measures have been tightened around the Balticconnector line running in the Baltic Sea between Finland and Estonia.

"Very exceptional and serious actions that point to sabotage give reason to intensify our preparations," Saarikko told reporters.

In Moscow, Kremlin spokesman Dmitry Peskov said Thursday that the Nord Stream pipeline incident would have been impossible without a state actor’s involvement.

"It looks like a terror attack, probably conducted on a state level," Peskov said in a conference call with reporters.

The U.N. Security Council has scheduled an emergency meeting Friday afternoon at Russia’s request to discuss the suspected pipeline sabotage.

Torben Ørting Jørgensen, a former admiral with the Danish navy, told The Associated Press that it was "not so demanding" to carry out an operation either by using a remotely operated underwater vehicle or sending divers from a submarine or a surface vessel.

"Those who carried out the operation knew they wouldn't get caught," Ørting Jørgensen said. "Who would have thought of an operation against pipelines in the Baltic Sea?"

Lorne Cook in Brussels and Jari Tanner in Helsinki contributed to this report.