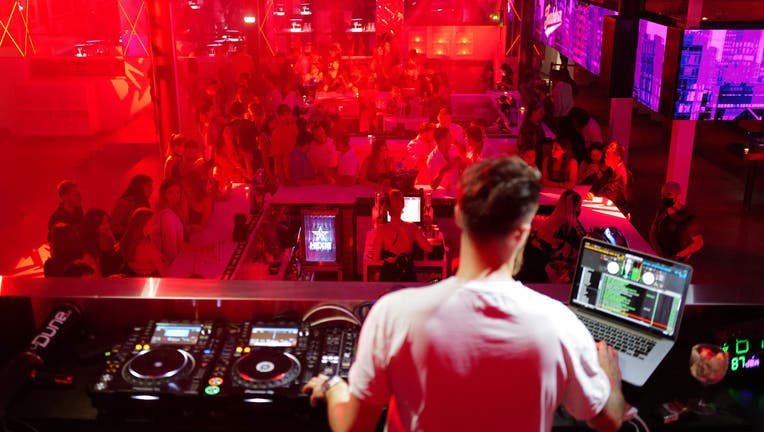 A DJ displays music as people dance at the nightclub "La Dune" in the French southern city of La Grande Motte, on early July 10, 2021. (Photo by SYLVAIN THOMAS/AFP via Getty Images)

Across France, more than 300 people have reported being pricked out of the blue with needles at nightclubs or concerts in recent months. Doctors and multiple prosecutors are on the case, but no one knows who’s doing it or why, and whether the victims have been injected with drugs — or indeed any substance at all.

Club owners and police are trying to raise awareness, and a rapper even interrupted his recent show to warn concert-goers about the risk of surprise needle attacks.

It's not just France: Britain’s government is studying a spate of "needle spiking" there, and police in Belgium and the Netherlands are investigating scattered cases too.

On May 4, 18-year-old Tomas Laux attended a rap concert in Lille in northern France, where he smoked a bit of marijuana and drank some alcohol during the show. When he came home, he told The Associated Press, he was feeling dizzy and had a headache – and he spotted a strange little skin puncture on his arm and a bruise.

The next morning, the symptoms didn’t disappear and Laux went to his doctor, who advised him to go to the emergency room. Medics confirmed evidence of a needle prick, and Laux was tested for HIV and hepatitis. His results came out negative, like other victims' so far.

"I've given up going to concerts since it happened," Laux said.

Hundreds of kilometers (miles) away, Leanne Desnos recounted a similar experience after going to a club in the southwest city of Bordeaux in April. Desnos, also 18, passed out the next day, and felt dizzy and had hot flashes while at a fast food restaurant. When she got home, she realized she had an injection mark on her arm. After having seen testimony on social media about the mystery pricks, she went to a clinic to get tested for infections. She is still awaiting results.

People from Paris, Toulouse, Nantes, Nancy, Rennes, and other cities around France have reported being pricked with a needle without their knowledge or permission. The targeted individuals, who are mostly women, show visible marks of injection, often bruises, and report symptoms like feeling groggy.

France’s national police agency says 302 people have filed formal complaints about such needle pricks. Several police investigations are ongoing in different regions, but no suspect has been arrested yet, no needle has been found and the motive remains unclear.

No victims have reported sexual assault; one said he was robbed, in Grenoble in April, according to Le Monde newspaper.

Two people tested positive for GHB, and they might have ingested the drug in a drink, according to an official with the national police agency. GHB, a powerful anesthetic used by predators seeking to sexually abuse or assault victims, can be detected in the urine only for 12 hours, the police official said. 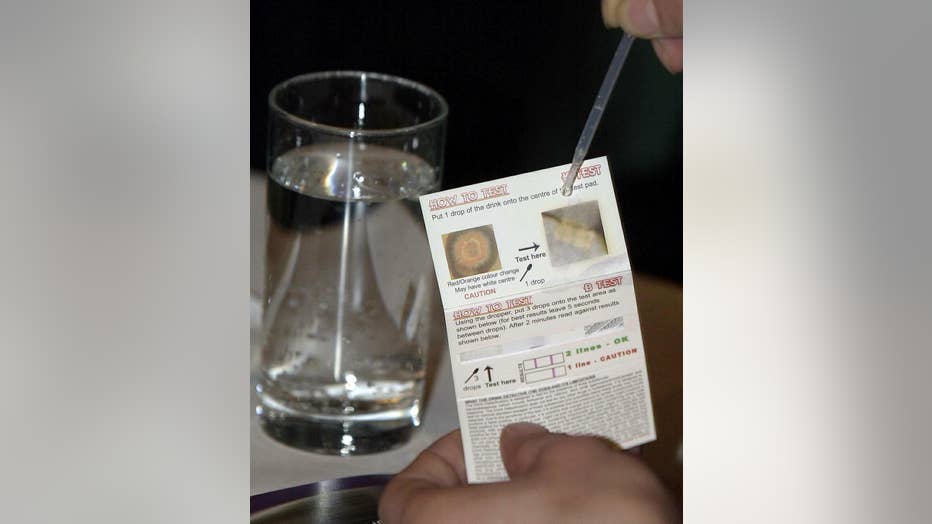 The Drink Detective, a device which allows people to test their drinks for drugs, on display at the Law Society, London. (Photo by Michael Stephens - PA Images via Getty Images)

The official and a doctor who is taking a leading role in dealing with the phenomenon expressed doubt that the nightclub pricks contained GHB, noting that to penetrate via needle, the drug needs to be injected for several seconds, which most victims would notice.

"We didn’t find any drugs or substances or objective proof which attest to ... administration of a substance with wrongful or criminal intent. What we fear the most is people contracting HIV, hepatitis or any infectious disease" from the jabs, said Dr. Emmanuel Puskarczyk, head of the poison control center of the eastern French city of Nancy.

In the Nancy hospital, a special procedure has been created to optimize care of victims. Patients who show symptoms like grogginess are treated, and blood and urine samples are kept for five days in case any want to press charges.

"Each case is different. We see injection marks, but some people don’t have symptoms. When potential victims have symptoms like discomfort or black holes (in their memory), they are not specific," Puskarczyk said.

The police official, who was not authorized to be publicly named according to national police policy, said: "At this stage, we can’t talk about a specific modus operandi. There aren’t any similarities between the cases. The only thing similar is that people are being injected with a needle in a festive context in different places in France."

In the U.K., Parliament issued a report in April on drink and needle spiking in pubs and nightclubs after a sudden surge in such incidents last year. It said police reported about 1,000 cases of needle injection across the country around October 2021, when droves of students returned to campuses after coronavirus restrictions eased. 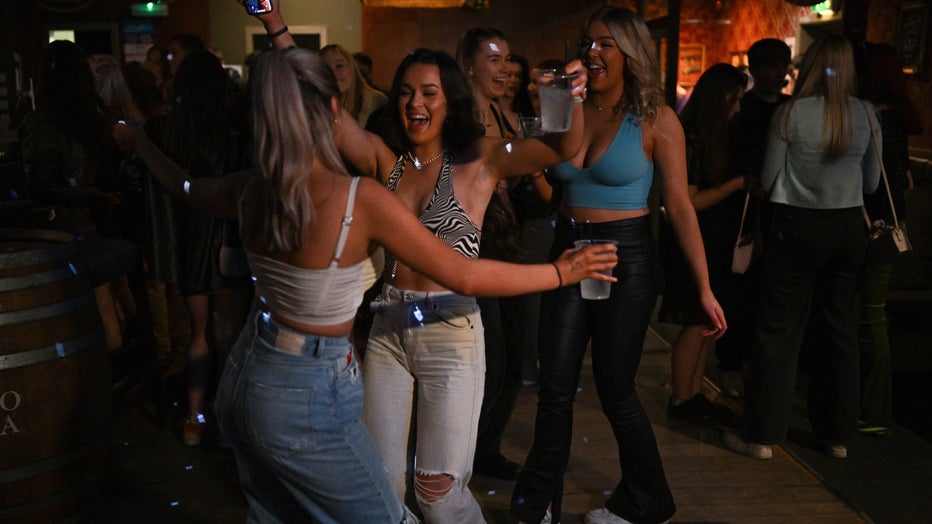 However, the parliament report said there was a lack of data to judge how serious the issue is. It’s not clear whether anyone has been prosecuted for needle spiking, or how many victims were injected with a drug or other substance.

"No-one knows how prevalent spiking is, whether by drink, drug or needle, and no-one knows what causes perpetrators to do it. Anecdotal evidence suggests the practice is widespread and dangerous," it said.

A series of similar incidents involving people pricked with needles at nightclubs, a soccer game and during the Belgian Pride parade have been reported in neighboring Belgium. Last month, the Brussels prosecutor’s office opened two investigations following complaints from women who said they were jabbed during the pride parade in downtown Brussels. Organizers of the march said in a statement they were informed of several cases and urged potential victims to get checked at hospitals.

Back in France, as investigations continue with no perpetrators found, rapper Dinos interrupted his concert in Strasbourg this week to warn his fans about the risks, and insisted: "This has to stop."