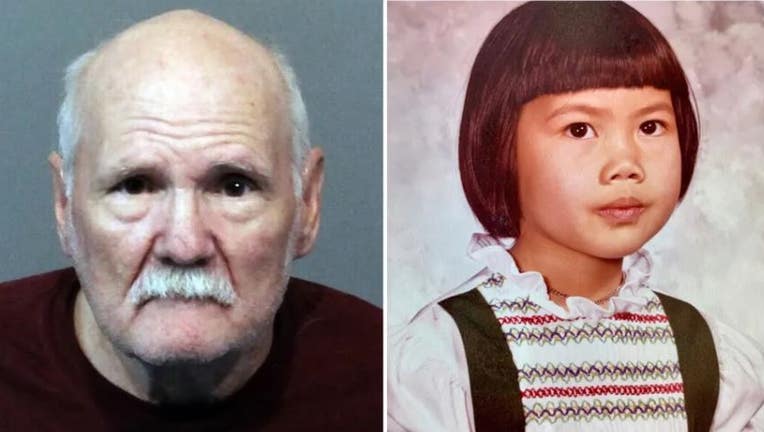 A 70-year-old Reno, Nevada man has been arrested for murder related to the slaying of a 5-year-old girl more than 40 years ago.

Robert Lanoue has been charged with the murder of Anne Pham who disappeared while she was walking to an elementary school in Seaside, Calfornia, KRXI-TV reported.

Lanoue was her 29-year-old neighbor at the time in the small town on the former army post of Fort Ord in Monterey Bay, California.

Pham was never seen again after she disappeared walking to kindergarten on January 21, 1982. Her remains were found two days later on the former Fort Ord.

Police say that Pham had been suffocated and sexually assaulted.

Pham's murder went unsolved for decades until investigators reopened the case in 2020 and submitted pieces of evidence in the case for DNA testing.

A new type of DNA testing that had not previously been available to investigators was used to identify Lanoue as a suspect.

Investigators obtained a warrant for Lanoue's arrest in July and he is currently being held in Nevada pending an extradition to California.

Lanoue has already spent more than 20 years in prison for other sexual assault charges and was in jail for violating his probation at the time of his arrest for this case.

Lanoue has been charged with one count of first-degree murder along with special circumstance allegations that he killed her while committing a kidnapping and a lewd act on a child under the age of 14.

"It's a very strong case. DNA has a large part, genealogy has a large part and circumstantial evidence, in this case, is extremely powerful," Seaside Interim Police Chief Nick Borges told KION-TV.

Borges told Monterey County Weekly that the arrest marks the "greatest day of my professional career."

GET UPDATES ON THIS STORY AT FOXNEWS.COM