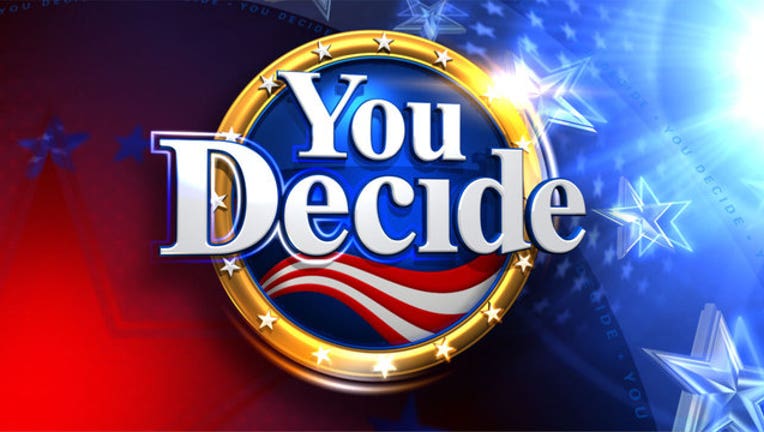 An Atlantic City, New Jersey, attorney is the Republican nominee in the state's 2nd House District.

Grossman is fighting to keep retiring Rep. Frank LoBiondo's seat in Republican hands. Democrats are optimistic they can pick up the seat in November.

Webber is an attorney who has represented the 26th Legislative District since 2008. He won Tuesday in a five-way contest, defeating Patrick Allocco, Peter De Neufville, Antony Ghee and Martin Hewitt.

Webber will try to keep the seat under Republican control in November now that incumbent Rep. Rodney Frelinghuysen has announced his retirement.

He defeated three opponents in the district on Tuesday.

Van Drew is a longtime state lawmaker from the area who has Democrats hopeful they can capture the seat now held by retiring Republican Frank LoBiondo.

Van Drew also is a dentist and a volunteer firefighter. He has represented the 1st Legislative District in the Senate for a decade and before that in the Assembly for six years.

LoBiondo has represented the district since winning election in 1994. He announced his plans to retire last year.

The district includes all or part of eight southern New Jersey counties and includes Atlantic City.

Sherrill won in a five-way race on Tuesday. Democrats are hopeful she can flip the seat from Republican control now that Republican Rep. Rodney Frelinghuysen has announced his retirement.

U.S. Sen. Bob Menendez has fended off a primary challenger and will be the Democratic nominee in New Jersey's only statewide race this fall.

The 64-year-old on Tuesday defeated publisher Lisa McCormick in his push for a third term.

Menendez is heading into the general election after federal criminal corruption charges against him were dropped and he was rebuked by the Senate's ethics panel.

Republican challenger Bob Hugin (HYOO'-gihn) has been pummeling Menendez over the allegations he accepted gifts in exchange for helping a friend with personal and business matters. A jury couldn't reach a verdict on the charges last year, and federal prosecutors decided not to retry the case.

Menendez has denied he did anything wrong and has cast himself as a check against President Donald Trump in a year when the Senate could be up for grabs.

Bob Hugin (HYOO'-gihn) defeated construction company executive Brian Goldberg on Tuesday. Hugin ran Celgene Corp. until this year and is a first-time candidate spending millions of dollars of his own fortune to finance his race.

He says he's running as an independent Republican in a state with roughly 900,000 more Democrats than Republicans.

Hugin's entrance into the race buoyed Republicans, who've been on a downswing in statewide politics since Democratic Gov. Phil Murphy won last year.

Hugin has loaned his campaign at least $7.5 million and has pledged to restore dignity to the state. That's a ding at Democratic U.S. Sen. Bob Menendez, who defeated federal corruption charges after a hung jury last year and wants a third term.

Democratic U.S. Sen. Bob Menendez was seeking his party's nod for another term on Tuesday. Well-funded former pharmaceutical executive Bob Hugin (HYOO'-gihn) was among those seeking the Republican nomination to face Menendez in November.

On the House side, Democratic incumbents have challengers in three races, while Republican Leonard Lance is the only member of the GOP with a challenger. Two Republican incumbents are retiring from Congress.

Menendez is seeking his third term and has establishment support, including from U.S. Sen. Cory Booker and Gov. Phil Murphy.

New Jersey voters are deciding Senate and U.S. House race primaries across the state ahead of this fall's midterm elections.

The only statewide race on the ballot in November will be the Senate contest. If Democratic incumbent Bob Menendez and Republican challenger Bob Hugin are successful Tuesday they'll slip seamlessly into the general election campaign. That's because they've already been lobbing attacks at each other.

Some voters in northern New Jersey had President Donald Trump on their mind. Republican John DelloRusso says people should get "off their soapbox" so things can get done.

On the House side, Democratic incumbents have challengers in three races, while Republican Leonard Lance is the only member of the GOP with a challenger.

Polls have opened in New Jersey, where Democratic and Republican voters will decide Senate and U.S. House races.

Incumbent Democrat Bob Menendez is seeking his party's nod for another term. Bob Hugin, a well-funded former pharmaceutical executive, is among those seeking the Republican nomination to face Menendez.

On the House side, Democratic incumbents have challengers in three races, while Republican Leonard Lance is the only member of the GOP with a challenger.

Menendez is seeking his third term and has establishment party support, including from U.S. Sen. Cory Booker and Gov. Phil Murphy.