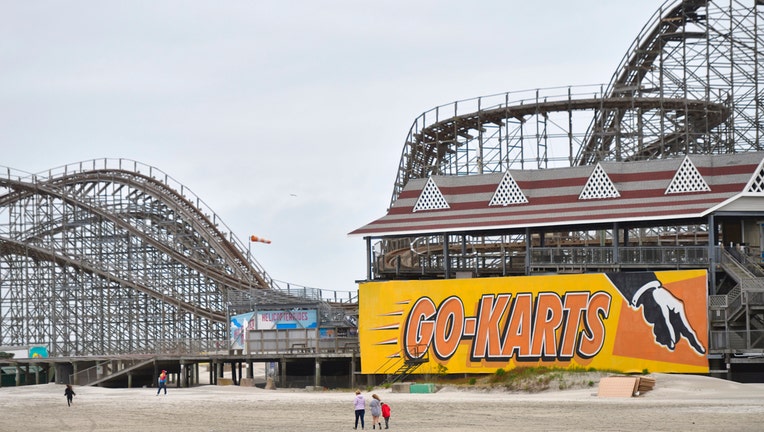 TRENTON, N.J. (AP) - Amusement and water parks, along with playgrounds across New Jersey can reopen on July 2 from the COVID-19 pause, Gov. Phil Murphy said Tuesday.

The parks must limit capacity to 50% and face masks must be worn by workers and attendees "where practicable," the governor said.

The announcement includes rides at shore resorts, he added. 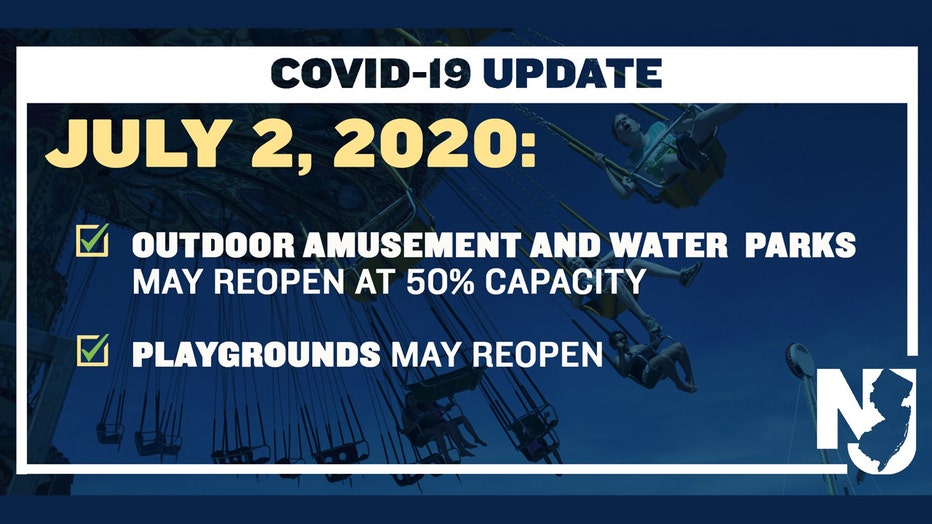 The state reported nearly 400 new cases since Monday, for a total of 169,000 positive cases. There were 57 more deaths reported since Monday putting the overall death toll at 12,949.

The new openings come just a day after the governor said casinos and indoor dining could restart also on July 2, but at 25% capacity. The state is in Stage 2 of three of reopening from the virus.

For most people, the virus causes mild or moderate symptoms. Older adults and people with existing health problems are at higher risk of more severe illness or death.

A look at other developments:

A quirky illuminated boat parade is among the latest casualties of the coronavirus outbreak.

Ocean City's Night In Venice boat parade will not be held this year, nor will July 4th fireworks.

Mayor Jay Gillian made the announcements Monday night. He says the large crowds those events typically draw, combined with the already large volume of visitors Ocean City is seeing this year, make it unsafe to hold the boat parade or fireworks.

Murphy said there are too many reports of fireworks being set off across the state.

Fireworks are illegal in New Jersey, but are easily accessible, for example at shops along the Delaware River in Pennsylvania.

"We're hearing far too many anecdotal stories," he said. "This is no way to blow off steam."