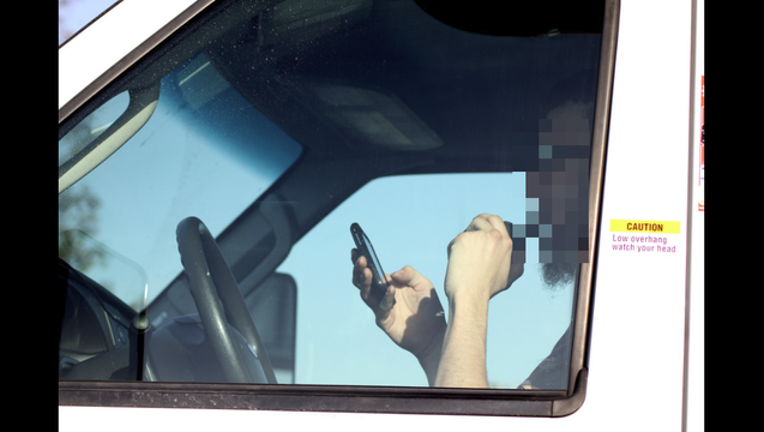 ALBANY, N.Y. (AP) - Ben Lieberman just wanted to find out what may have caused the head-on collision that killed his 19-year-old son, Evan, on a highway north of New York City. It took a lawsuit and six months in court to get the cellphone records showing the driver of the car his son was in had been texting behind the wheel.

Lieberman doesn’t believe getting that information should be so hard.

He’s channeling his grief over the 2011 accident into a proposal that would allow police at accident scenes in New York to immediately examine drivers’ cellphones with a device to determine if they’d been tapping, swiping or clicking. It’s been called a Breathalyzer for texting.

“You think people are already looking at phones and it just doesn’t happen,” said Lieberman, who is partnering with the Israel-based tech company Cellebrite to develop the plug-in device that’s been nicknamed the “textalyzer.”

The idea already faces obstacles from constitutional and privacy advocates who are quick to note that police need the owner’s consent and a warrant to get cellphone records. They’re also concerned such technology would be used to access all of the personal information people may have on their cellphones.

“Every fender bender would become a pretense for gobbling up people’s private cellphone information, and we know that cellphones typically contain our entire lives,” said New York Civil Liberties Union Executive Director Donna Lieberman, who is no relation to Ben Lieberman.

At least 46 states have laws barring texting while driving and 14 ban all hand-held devices, but some safety advocates say more needs to be done to enforce the laws.

Deborah Hersman, the CEO of the National Safety Council and a supporter of the “textalyzer” legislation, noted that in 2016, 40,000 people died on the road, a 14 percent jump from 2014 and the biggest two-year jump in 50 years.

“There can’t be a more compelling reason than life or death for saying why we should have access to this information,” Hersman said.

Cellebrite said its technology, which is about nine months away from being finished, sidesteps privacy concerns because it’s designed only to determine usage, not access data. Company officials said the device would only be able to tell if someone physically clicked or swiped the phone during the time of the accident, and then investigators could use that to determine if they should get a warrant for more detailed information.

“For this device, the whole purpose is not to get any data,” said Jim Grady, the chief executive officer of Cellebrite USA. “So no, police won’t be able to, unless they rewrite our code.”

Under the bill, which has been approved in one Senate committee and is pending in another, a person would not be criminalized for refusing to have their phone checked, but they could get their license suspended. The idea is that a person implies consent to drive without distractions when they receive a license, said Jay Shapiro, a New York attorney and former deputy district attorney.

Sponsors say they expect the Republican-led Senate to approve the bill, but anticipate opposition from the Democratic-led Assembly.

Similar legislation is being considered in Tennessee, New Jersey and the city of Chicago.

After Ben Lieberman obtained the cellphone records, the driver of the car carrying Evan had his license revoked for a year. He was never charged with a crime.

Lieberman said he hopes the “textalyzer” will serve as a deterrent and a way for law enforcement to begin tracking the scope of the problem.

“The last thing I want to do is be responsible for legislation that is going to infringe on someone’s privacy,” he said, “but I also don’t want to bury another child.”