Newark Mayor Ras Baraka hosted a candlelight vigil outside City Hall to pay tribute to the more than 700 residents of his city who have died from COVID-related causes in 2020. (Video: City of Newark via Storyful)

NEWARK, N.J. - Newark Mayor Ras Baraka, faith leaders, and other community members held a vigil outside City Hall on Wednesday to pay tribute to and pray for the hundreds of residents who have died in the COVID-19 pandemic. City officials called on residents to join the vigil by lighting a candle from wherever they were.

After two faith leaders offered their prayers, Baraka lamented the city's death toll and expressed frustration with people who don't wear masks and complain about the pandemic restrictions.

"It makes me think of all the people who in this season of sacrifice refuse to put on a mask, people who are fussing and fighting about social distancing or upset they have to close an hour earlier," Baraka said. "And there are so many people that are trying to divide us and create all kinds of issues so that we do not follow what we need to follow."

Essex County, where Newark is located, has had more than 2,100 virus-related deaths — the highest death toll among all of the state's 21 counties.

Newark, which is New Jersey's largest city, has recorded 21,906 confirmed coronavirus cases and 761 deaths through Dec. 30, according to official data. Newark has about 3.2% of the state's population but has had about 4.5% of New Jersey's COVID-related deaths.

The first person in the state to get the COVID vaccine was an ER nurse at a hospital in Newark.

"We want to pay our respects to everybody who has lost their lives, to the family members who have lost loved ones," Baraka said. "We want them to know that you're not alone — that we stand with you, we pray with you, we wish we could hold your hands."

After his remarks, the mayor and others held up lit candles and sang a few verses of the traditional hymn This Little Light of Mine.

This story was produced from New York City. With Storyful and The Associated Press. 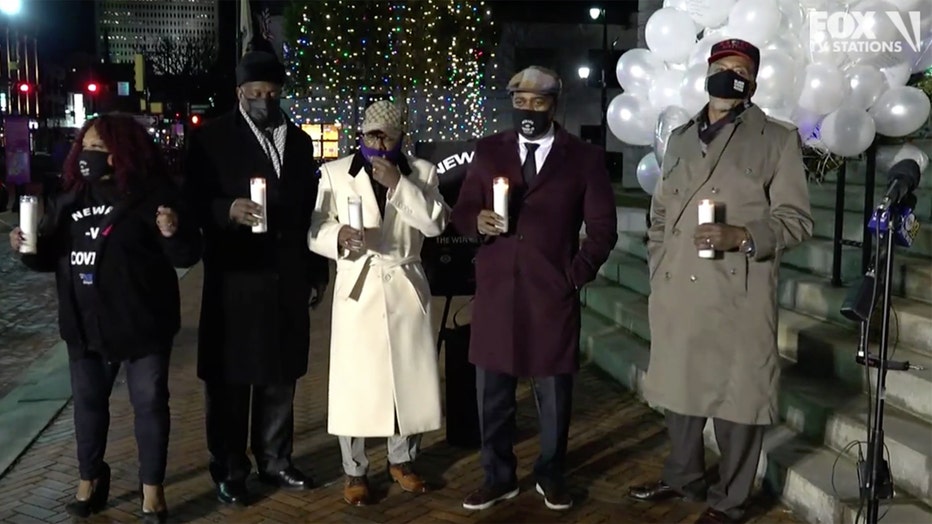