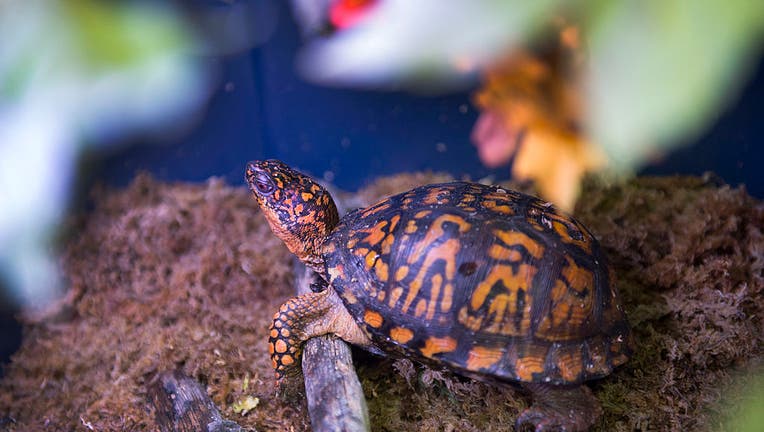 WASHINGTON, DC - FEBRUARY 27: A box turtle hangs out in its mossy habitat at City Wildlife, the first and only wildlife rehab organization within Washington, DC on February 27, 2014. The turtle is one of several brought to the organization for care a

Court records show 26-year-old William T. Gangemi of Freehold, New Jersey, was accused of violating a federal law against the sale or purchase of illegally collected wildlife with a market value over $350.

Gangemi was allegedly part of a syndicate of wildlife smugglers involved in the purchase and transportation of three-toed and western box turtles from Oklahoma to New Jersey. The collection of both types of turtles for commercial purposes is illegal in Oklahoma.

Prosecutors say Gangemi pleaded guilty Wednesday and will be sentenced on Jan. 27. Records show Gangemi was sentenced to two years' probation in June after pleading guilty to similar charges in South Carolina.