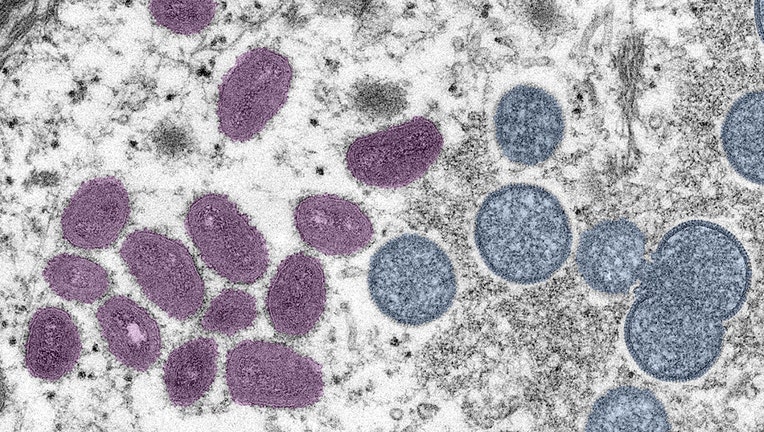 The person, who died in October, had a history of underlying medical conditions, the New Jersey Department of Health said in a news release. Monkeypox was a "contributing factor" in the person's death, the department said.

This is the first reported death in New Jersey tied to monkeypox.

The patient, a resident of northern New Jersey, had a confirmed case of monkeypox in mid-September. No further details about the patient will be released for privacy reasons.

"Cases of monkeypox have been declining over the past weeks in New Jersey. However, it is important to note that the disease is still circulating, and in some cases, may cause severe illness or death," the Department of Health said. "While risk has remained low for the general public, it is important for individuals who may be most at risk to get vaccinated in advance of exposure."

Monkeypox begins as a rash or sores that can look like pimples or blisters. These bumps can appear all over the body — including your face, hands, feet, mouth, genitals or anus — and can become infected.

The symptoms usually start between a week to two weeks after exposure but may not appear for up to 21 days. The sickness can last from two to four weeks with flu-like symptoms including fever, chills, fatigue, swollen lymph nodes, headache, and body aches and pains — like a weaker version of smallpox.

Vaccination involves getting two doses of the Jynneos vaccine, which the FDA has approved to prevent "smallpox and monkeypox disease in adults 18 years of age and older determined to be at high risk," the agency states. The doses are administered four weeks apart.

To find out where to get vaccinated in New Jersey, go to nj.gov/health/monkeypox.