A 74-year-old Queens man has been charged with murder in connection to the death of a World War I veteran who disappeared almost 45 years ago.

NEW JERSEY - New Jersey's Supreme Court on Tuesday threw out the 2016 conviction of a Florida woman for killing her 5-year-old son 25 years earlier, ruling that despite the jury’s verdict, prosecutors failed to present enough evidence to prove she had purposely caused the boy’s death.

It was a stunning turnaround in one of New Jersey's most infamous cold cases, which had remained unresolved for years even though Michelle Lodzinski was considered a prime suspect from the outset after she gave varying accounts of what happened on the day Timothy Wiltsey was last seen.

It also means Lodzinski cannot be tried again, which would violate a prohibition on so-called "double jeopardy" or being tried twice for the same matter, her attorney Gerald Krovatin said.

"This is a great day for the rule of law and for the proposition that convictions have to be based on evidence, not on speculation or emotion," he said. "Michelle is enormously grateful to everyone who has stood by her throughout this long ordeal."

Appellate Judge Jose Fuentes — called up to the Supreme Court to serve as a tiebreaking vote after the justices split 3-3 while upholding Lodzinski’s conviction in May — cast the deciding vote in favor of acquittal Tuesday.

"After reviewing the entirety of the evidence and after giving the state the benefit of all its favorable testimony and all the favorable inferences drawn from that testimony, no reasonable jury could find beyond a reasonable doubt that Lodzinski purposefully or knowingly caused Timothy’s death," the court wrote in its majority decision.

Cigar Girl murder and the invention of 'true crime'

On July 28, 1841, Mary Rogers was found floating in the Hudson River in Hoboken, New Jersey. Her violent murder became a national sensation, and led Edgar Allen Poe to write a story about it that helped lead to the invention of the genre we now know as "true crime." Take a deep dive with FOX 5 NY's The Tape Room.

Lodzinski was a single mother in central New Jersey in May 1991 when she told investigators Wiltsey had disappeared while they were at a carnival in Sayreville. She later gave conflicting accounts describing strangers she had seen who could have kidnapped the boy. Wiltsey’s body was found nearly a year later, in a marshy area near an office complex where Lodzinski had once worked.

As time passed and no charges were filed, Lodzinski went on with her life and had two other children. She was living in Port St. Lucie, Florida, in 2014 when authorities in New Jersey charged her with killing Wiltsey. Investigators said a break in the case had come when Wiltsey’s former babysitters identified a blue blanket, found along with the boy’s body, as belonging to Lodzinski.

A New York judge dismissed the convictions of Muhammad Aziz and the late Khalil Islam, who were found guilty in 1966 of murdering Malcolm X the year before. The Manhattan DA and the men's lawyers re-investigated the case thanks in part to a Netflix documentary.

During her 2016 trial and on appeal, Lodzinski’s lawyers argued that no forensic evidence tied her to the blanket and that prosecutors didn’t produce enough evidence to show Lodzinski purposely caused the boy’s death. A cause of death couldn’t be determined because Wiltsey’s body had deteriorated in the time between when he died and when the body was found.

"If you can’t find a cause of death, I submit you don’t have a homicide by definition," Krovatin told the court during arguments in October. 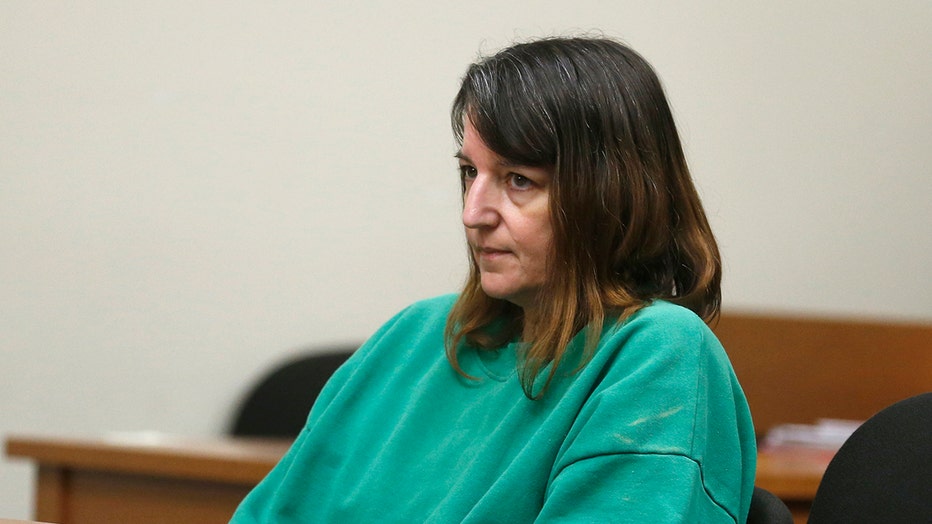 FILE- In this June 2, 2015 file photo, Michelle Lodzinski appears in court for a status conference in New Brunswick, N.J. New Jersey's Supreme Court said Friday, Feb. 21, 2020 that it would hear Lodzinski's appeal for the 1991 murder of her five-year

Prosecutors, who had portrayed Lodzinski at trial as a struggling young mother who felt burdened by the boy, argued on appeal that the totality of the evidence, including her evasive answers during initial questioning, was enough to prove guilt beyond a reasonable doubt. An appeals court agreed in 2019 when it upheld Lodzinski’s conviction.

The plot thickened after a deeply split state Supreme Court ruling in May upheld the appeals court’s decision. With Chief Justice Stuart Rabner not participating, the court split 3-3, but it was enough to leave the conviction undisturbed.

Writing at that time for the three dissenters, Justice Barry Albin wrote, "In the modern annals of New Jersey legal history, to my knowledge, no murder conviction has ever been upheld on such a dearth of evidence."

In a dissenting opinion as part of Tuesday's ruling, the three justices that voted to convict said, "In our view, the majority does the opposite of what our law requires."

In October, the state Supreme Court took the rare step of agreeing to rehear the case, conceding it had made a procedural mistake by ruling on an appellate court decision that had applied an incorrect legal standard. For the rehearing, the court added an appellate judge to serve as a tiebreaking vote.

"Even if the evidence suggested that Timothy did not die by accident, no testimony or evidence was offered to distinguish whether Timothy died by the negligent, reckless, or purposeful or knowing acts of a person, even if that person were Lodzinski," the majority decision read.