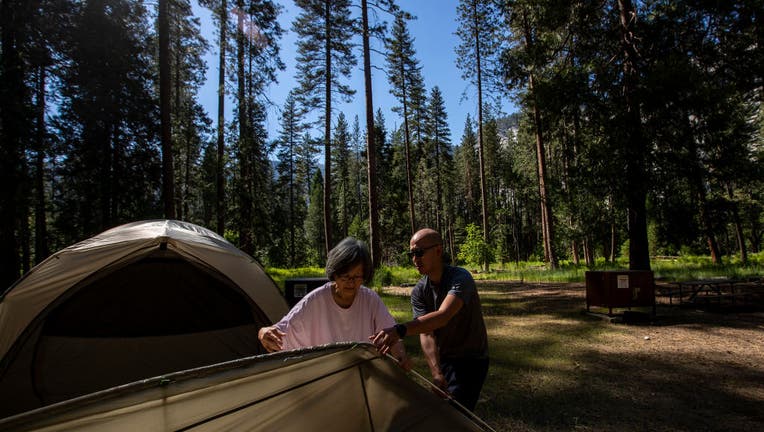 YOSEMITE NATIONAL PARK, CA - JUNE 11: Gary Lin and mom May Lin set up their tent in Upper Pines, where less than a dozen campsites among 240 sites were occupied in Yosemite Valley, open for the first time in 2½ months after closing because of the cor

Environmental officials in New Jersey have announced that camping will be allowed as of Monday in a dozen state parks, forests, and recreation areas amid social distancing and mask-wearing guidelines.

Camping will be limited to tent-style camping while all other forms of overnight use including cabins, shelters, group cabins, wilderness campsites, primitive campsites, and group campsites will remain closed.

On June 29, camping will begin at Swartswood State Park and Stephens State Forest in the northern part of the state.

Guests can expect signs encouraging them to wear a mask while in public and in indoor spaces such as gatehouses and restrooms, and they will be asked to maintain a six-foot distance from those who aren't family or household members or caretakers.