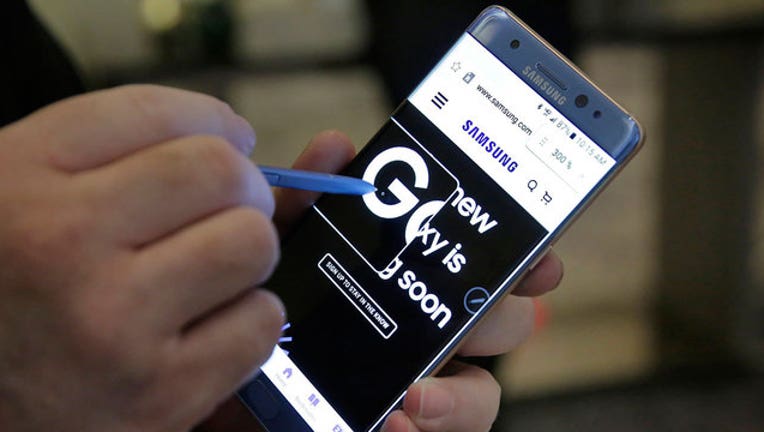 In this July 28, 2016, photo, a screen magnification feature of the Galaxy Note 7 is demonstrated, in New York.(AP Photo/Richard Drew)

NEW YORK (FOX NY) - New Jersey Transit is urging passengers not to use their Samsung Galaxy Note 7 mobile devices on its trains and buses.

The agency on Tuesday told passengers they should turn them off before entering a station or boarding a vehicle because of concerns the device's battery can burst into flames.

Samsung has told owners to power them down and return them.  Around 2.5 million Note 7s had been sold globally, and an estimated 1 in 42,000 units may have a faulty battery.

NJ Transit has not had any reported cases of the Note 7 catching fire.

Last week, the FAA said not to charge, or even turn on the smartphones during flight.

The FAA's statement reads, "In light of recent incidents and concerns raised by Samsung about its Galaxy Note 7 devices, the Federal Aviation Administration strongly advises passengers not to turn on or charge these devices on board aircraft and not to stow them in any checked baggage."