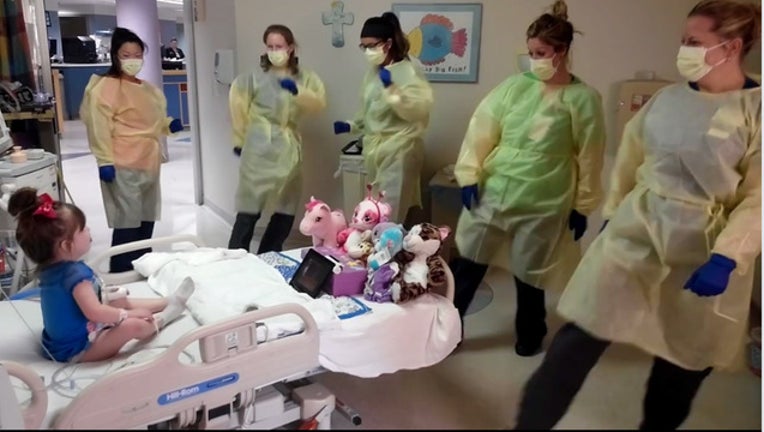 NEW YORK (FOX5NY) - A 3-year-old girl in the hospital with a bad case of the flu, was cheered up by some kindhearted nurses.

Madison Austin, is obsessed with "The Hokey Pokey." When her nurses at St. John's Hospital in Springfield, Ill., found out, they decided to throw a dance party to cheer her up.

In a video, the nurses surround Madison and cheerfully sing and dance to the song. A pile of stuffed animals sit at the foot of the hospital bed.

Austin was born with Neuronal Migration Disorder, a rare birth defect that affects brain and muscle development. She’s been in the hospital since early February, when she was diagnosed with the flu and several other infections.

And it looks like their dance routine worked — Madison is all smiles in the video.

"She's been pretty sick this stay," one of the nurses said. "So it's been really nice to see her kind of turn a corner. She lit up just being on the bed, bouncing and smiling."