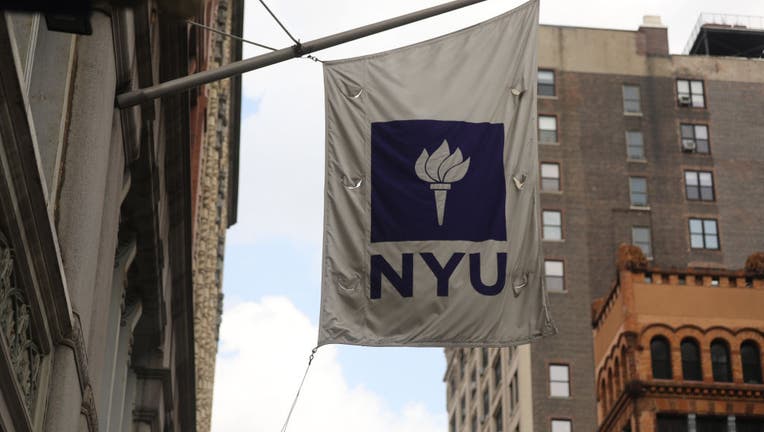 NEW YORK, NEW YORK - AUGUST 25: A New York University (NYU) flag flies outside a Covid-19 test tent outside of the NYU business school on August 25, 2020 in New York City. All students arriving back to the campus are required to get tested for the vi

NEW YORK - Maitland Jones Jr., a chemistry professor at New York University who also taught for four decades at Princeton, was fired in August after undergraduate students circulated a petition complaining that his course was too difficult.

Dozens of the college students, many of them aspiring doctors, signed on to the petition in the spring.

"We are very concerned about our scores, and find that they are not an accurate reflection of the time and effort put into this class," the petition read, according to the New York Times.

"We urge you to realize… that a class with such a high percentage of withdrawals and low grades has failed to make students’ learning and well-being a priority and reflects poorly on the chemistry department as well as the institution as a whole."

Jones, 84, told the New York Times that he started seeing a loss of focus among students about a decade ago, but the problem was exacerbated by the coronavirus pandemic in 2020.

"They weren’t coming to class, that’s for sure, because I can count the house," Jones told the newspaper. "They weren’t watching the videos, and they weren’t able to answer the questions."

PROFESSOR FINDS MOST STUDENTS CAN'T DIFFERENTIATE BETWEEN US AND RUSSIAN CONSTITUTIONS

A spokesperson for New York University disagreed with the way Jones' dismissal has been framed, saying that in addition to the petition, Jones' class also had a "very high rate of student withdrawals" and "evaluations scores that were by far the worst" across the school's undergraduate science courses.

"In short, he was hired to teach, and wasn't successful," an NYU spokesperson told Fox News Digital. "NYU has lots of hard courses and lots of tough graders among the faculty – they don't end up with outcomes that raise questions about the quality and effectiveness of the teaching, as this class did."

Before lecturing at NYU, Jones pioneered a new way of teaching that emphasized problem-based learning over a "lecture-memorize-regurgitate facts" style, Princeton University's Dean of Faculty wrote.

Jones told the New York Times that he's concerned about the precedent his firing could set.

"I don’t want my job back," he told the newspaper. "I just want to make sure this doesn’t happen to anyone else."