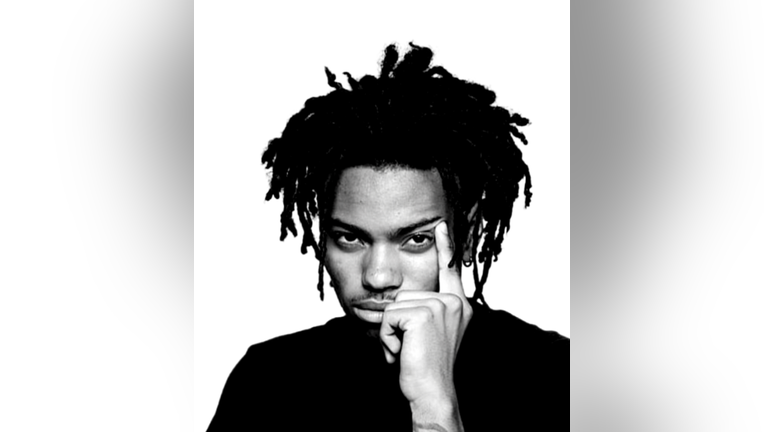 CAMBRIDGE, England - A tech prodigy and entrepreneur from Oakland, Calif., who faced a shocking and disturbing act of racism this month while studying abroad in England, has demonstrated how to combat hate and bigotry using the skills which he called his "social justice superpower."

On July 15, during a formal dinner marking the end of the program at Cambridge, he and fellow students received an appalling message sent anonymously through an iPhone AirDrop. It showed a photo of George Floyd with the words "I hate ni**as." 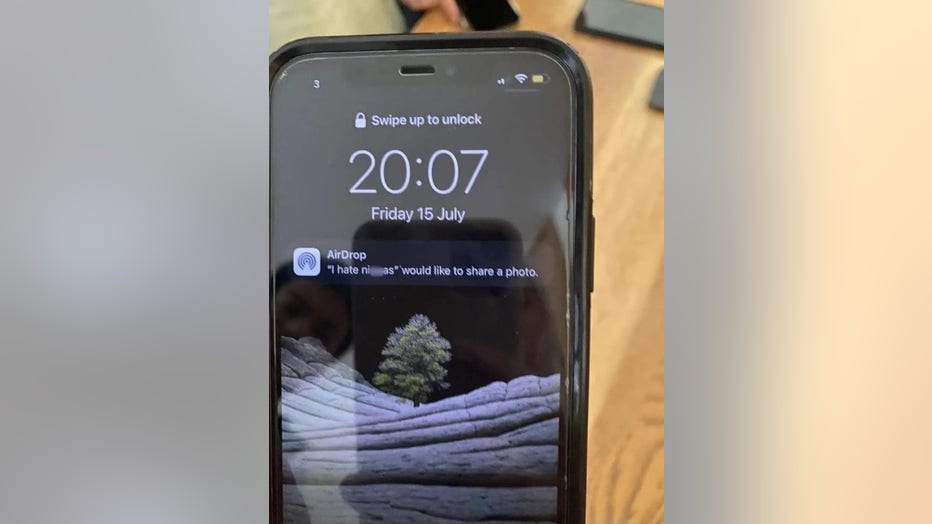 George Hofstetter, 22, said he and fellow students participating in an Oxford Summer Courses program received an anonymous AirDrop message that came from "I hate ni**as" on July 15, 2022. (George Hofstetter)

Hofstetter said there was a ripple of shock that went through the room, with students whispering and some even laughing. After a few minutes went by, the Oakland native said it was clear it was up to him to address the abhorrent situation.

"I not only realized I was the only Black man in the room but also that no one was going to speak up," Hofstetter explained. "Someone wanted to hurt me," he told KTVU.

So he stood up, called for the room’s attention and asked if others received the same message. When it was apparent the message had been sent widely to the group, he went to the course director and instructors to alert them of what had happened. The program leaders responded by gathering devices from students to investigate.

Then Hofstetter stood up again, as he was not to miss the opportunity in this moment to use his skills as both a tech expert and educator.

First, he let the group know about his background in computer programming and said that he would give whomever responsible for the message 30 minutes to confess.

"Within that 30 minutes the student has the opportunity to come forward and take accountability," he told the group and warned, "Otherwise I'm going to get my laptop from my room, hack into the network and trace the image back to the exact device the student used."

And that’s exactly what he ended up doing. After that half hour window passed, the instructors were able to narrow down the origin of the message to two devices. And with no one coming forward, Hofstetter put his skills to work.

It took a mere few minutes for him to hack into the system.

"I found the student responsible very quickly," he said, adding, "I take my work and threats very seriously, so there wasn’t a question of if I can do it, it was how fast can I find the person responsible."

And then he really got to work. Equipped with his "indisputable evidence," Hofstetter confronted the student.

"I tasked him to stand, [and] he confessed to everyone that he sent the message," the Bay Area man shared, though he said that the apology he was offered was unauthentic and condescending, and the student’s demeanor demonstrated that he hadn’t learned much from the experience.

Hofstetter, who’s behind a series of apps and programs designed to fight systemic racism, embraced this moment even further as a teaching opportunity.

He called up the student, who's not American, and asked him to stand before the group, which was made up of other international students. And then he directly asked the student what he actually knew about the killing of George Floyd.

Hofstetter proceeded to tell of the significance of that painful moment forever marked in American history. "I explained the devastation of George Floyd’s murder, the socioeconomic conditions Black Americans are under and the systemic oppression we face in the United States," the Oakland man shared. "I explained how actively violent his message was to me at that moment," he said as he pointed out to the group that he was the only Black student in the program and how he and Floyd shared the same first name.

The young Oakland man also stressed that he was no stranger to acts of racism, and how it spurred him to launch his tech company, GHTech Inc., so he could actively use his skills to fight systemic oppression within the digital world and beyond.

In his impromptu and powerful speech, Hofstetter went on to share his background growing up in Oakland. He seized the moment to educate the group about his city’s roots entwined with the Black Panther Party in the 1960s.

And he told the group that he celebrated the fact that he was speaking of his own experiences as a Black man only miles away from where author James Baldwin delivered his historic speech, "The American Dream is at the expense of the American Negro." That speech came during the famous 1965 debate that Baldwin won against William F. Buckley before the Cambridge Union.

And Hofstetter did not shy away from telling the student how hurtful and toxic his actions were. "I explained his incredible lack of self-awareness and how he feels inherently superior to communities of color and how disgustingly dangerous that is," Hofstetter shared.

Then he challenged others to take this as a learning opportunity and provocation for change.

"I ended the speech by encouraging others to learn how to fight racism in its many different forms and to take this experience as a moment of empowerment as I was," Hofstetter said.

In a statement to KTVU, a college spokesperson from Hughes Hall said, "We have been made aware that a reportedly racist comment was shared among members of an external group which had hired college conferencing facilities. We understand the matter has been taken extremely seriously by the organisers and is currently being investigated. Hughes Hall condemns racism and racial harassment of any kind."

"I've learned to handle these attacks," Hofstetter said. At only 22, the Oakland native has accomplished much, using his tech skills to fight for marginalized communities of color.

He also said that he's now teaching "hacktivism" skills as a powerful tool in that fight. He described "hacktivism" as the practice of using computer hacking for social impact.

Hofstetter was only 16 when he founded his company GHTech, which was established with the goal of working with young people to bring diversity in the world of tech and to eliminate the digital divide.

"At GHTech we believe in uplifting marginalized communities of color through leveraging technology," the founder explained. "We are creating the next generation of BIPOC designers and developers that are building equitable and sustainable programs and systems for our future."

The group’s work has been far-reaching and multipronged. "We’ve built various systems and networks to connect Black and Brown students across the United States, an app that combats police brutality, and curriculums designed for students of color to use technology as an alternative tool for transformative education in computer science and entrepreneurship," Hofstetter said.

At Stanford, he started the (in)VISIBLE Designers workshop series, described as a program "focused on disrupting traditional forms of education, technology creation, and the digital divide," while building community between Black and Brown founders of "radically inclusive organizations." 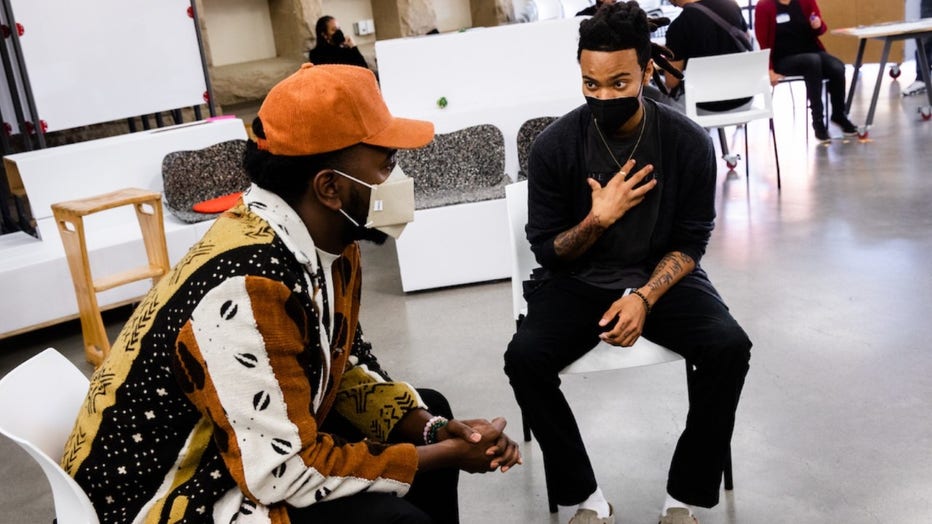 The impact Hofstetter had on those students who heard his speech in a 137-year-old hall in England could be a good indication of the ripples of change he’s making in the digital world, for future generations, and in the fight to advance equity and racial justice.

Following his speech, many of the students came up to him and shared how moved they were by his words and asked how they could get involved in the work he’s doing. Many were interested in hearing more and looked up a 2020 TED Talk he gave on using technology for social activism.

"I received a lot of support. Students kept saying how inspired they were, and they didn't know how I could give such a powerful speech in the heat of the moment," he said, adding, "Some asked me to come speak at universities in their home countries."

The instructors of the program were also empowered, with some telling him, "The university needs you here."

For Hofstetter, the moment served as a motivator and further emboldened his work to educate and fight racism through technology. And it inspired him to want to build more resources as tools in that fight, not only in this community at home but beyond.

"This covert attack has shown me how critical it is to continue fighting white supremacy perpetuated through technology and academia, not just in the United States, but across the world," the young man shared. "This was a physical manifestation of why I started using technology as a social justice superpower in the first place," he said, adding, "This incident has motivated me more than ever."

This story was reported from Oakland, Calif. 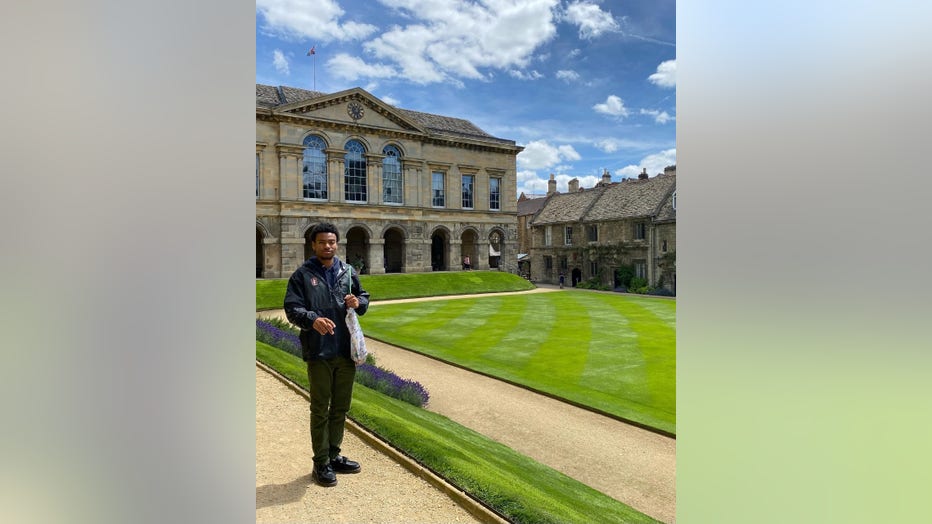 George Hofstetter, seen here at Worcester College at University of Oxford, described how he was a target of an act of racism on July 15, 2022 while take classes with the Oxford Summer Courses program. (George Hofstetter )