Four people were killed during a shooting at a Tulsa, Oklahoma, hospital Wednesday afternoon, according to police. The suspected gunman is also deceased, officials confirmed.

COLUMBUS, Ohio (AP) - Ohio school districts could begin arming employees as soon as this fall under legislation approved by Republican lawmakers and set to be signed by GOP Gov. Mike DeWine.

Democrats said the proposal, which is optional for schools, sends the wrong message a week after the massacre of 19 children and two teachers at an elementary school in Uvalde, Texas. Republicans say the measure could prevent such shootings. Lawmakers fast-tracked the legislation to counter the impact of a court ruling that said, under current law, armed school workers would need hundreds of hours of training. 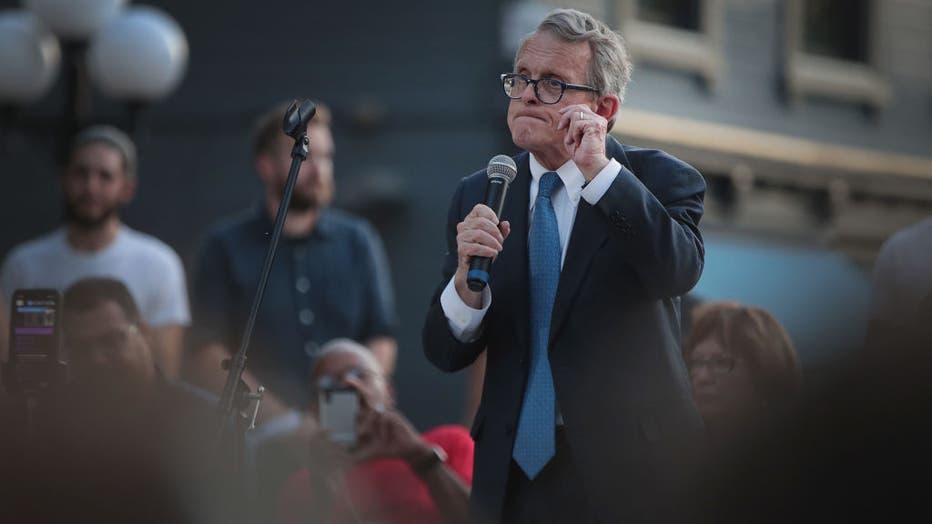 Ohio Governor Mike DeWine speaks to mourners at a memorial service in the Oregon District held to recognize the victims of an early-morning mass shooting in the popular nightspot on August 04, 2019 in Dayton, Ohio.

The bill will protect children by ensuring instruction is specific to schools and including significant scenario-based training, DeWine said late Wednesday in announcing his support.

The measure is opposed by major law enforcement groups, gun control advocates, and the state's teachers' unions, which asked DeWine to veto the measure. It's supported by a handful of police departments and school districts.

Under the latest version of the bill, school employees who carry guns would need up to 24 hours of initial training, then up to eight hours of requalification training annually.

DeWine, who is expected to sign the bill later this month, also announced that the state's construction budget will provide $100 million for school security upgrades in schools and $5 million for upgrades at colleges.