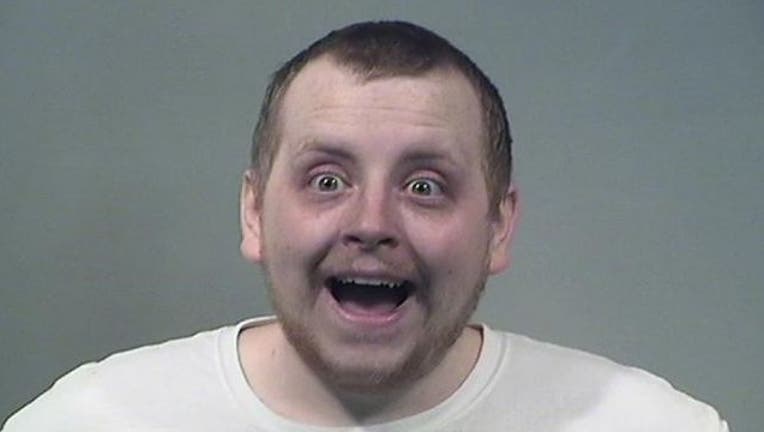 Kenneth Evans, 24, was arrested after attacking his girlfriend, at one point hitting her in the face with a pizza, police said. (Trumbull County Sheriff's Office)

FOX NEWS - An Ohio man was arrested late Tuesday after he attacked his girlfriend, at one point hitting her in the face with a pizza, police said.

Kenneth Evans, 24, was arrested by Brookfield police officers after he allegedly got into an altercation with his 23-year-old girlfriend, who Fox News is not naming. She told police he repeatedly screamed at her, pushed her head and hit her in the face with a pizza while she was driving.

When police arrived at the home in Masuary, Ohio – southeast of Cleveland – Evans slammed the door on the officers and continued to yell and act “belligerent,” according to a police report provided to Fox News. Officers said Evans admitted he argued with his girlfriend and flipped over a couch, but he denied touching her.

Officers also saw tires in the road which the victim said Evans threw after attempting to fight a neighbor. He also smashed a mailbox, the victim told police.

Evans was arrested for domestic violence and continued with his “belligerent behavior and mood swings,” going back and forth between crying and laughing hysterically, while at the police department, according to the report.

He was also told to stop “boxing” the walls while there, police said. Evans was suspected of being intoxicated with alcohol – not drugs or other substances, police say.