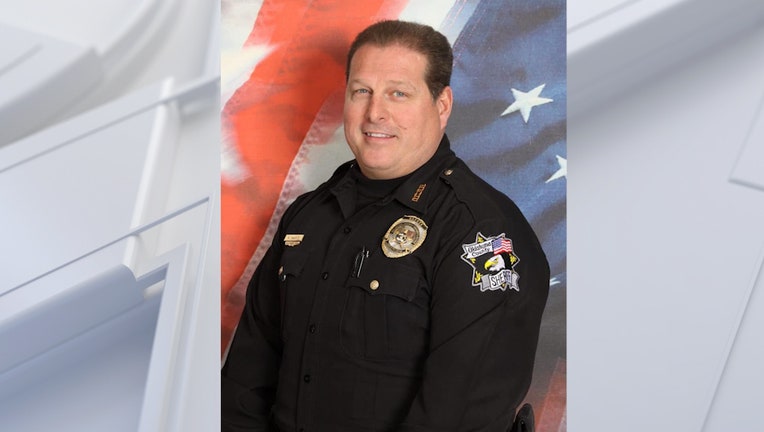 OKLAHOMA CITY (AP) - An Oklahoma County Sheriff’s Office deputy was shot and killed and a second deputy wounded while the two were serving eviction papers at a home on the southwest side of Oklahoma City, authorities said.

Both deputies were transported to the University of Oklahoma Medical Center, where Sgt. Bobby Swartz died and the other deputy was in stable condition, Sheriff’s Office spokesman Aaron Brilbeck said.

Sheriff Tommie Johnson said the two deputies were serving "lock-out papers," which is part of the eviction process, when one of the deputies went to the back door of the home and was shot. The second deputy was shot as he attempted to pull the first deputy to safety, Johnson said.

A suspect in the shooting was taken into custody following a vehicle chase across the city, said Oklahoma City police Sgt. Dillon Quirk. The suspect’s name was not immediately released.

"During that pursuit, the suspect was firing rounds at officers, and we had officers as well returning fire at the suspect," said Oklahoma City Police Capt. Valerie Littlejohn. She said neither the suspect nor the pursuing officers were hit by gunfire during the exchanges.

Video from a news helicopter showed police chasing a pickup truck hauling a boat across the city to the entrance of Tinker Air Force Base, where the driver was taken into custody after he threw a rifle out the window and exited the truck with his hands raised.