Footage shows a time lapse of crews working tirelessly to recreate the iconic Field of Dreams ball park in the same location the movie was filmed.

NEW YORK - The Cincinnati Reds visited the Brooklyn Dodgers and split a double-header at Ebbets Field as Major League Baseball was broadcast on television for the first time on this day in history, August 26, 1939.

"No monitor, only two cameras at Ebbets Field," said Dodgers radio announcer Red Barber, who called the game for TV, according to the National Baseball Hall of Fame.

"I had to watch to see which one’s red light was on, then guess its direction."

The landmark moment in broadcast history took place during the 1939 World's Fair in New York City, seen as an opportunity to showcase the emerging technology of television.

The audience was scant. 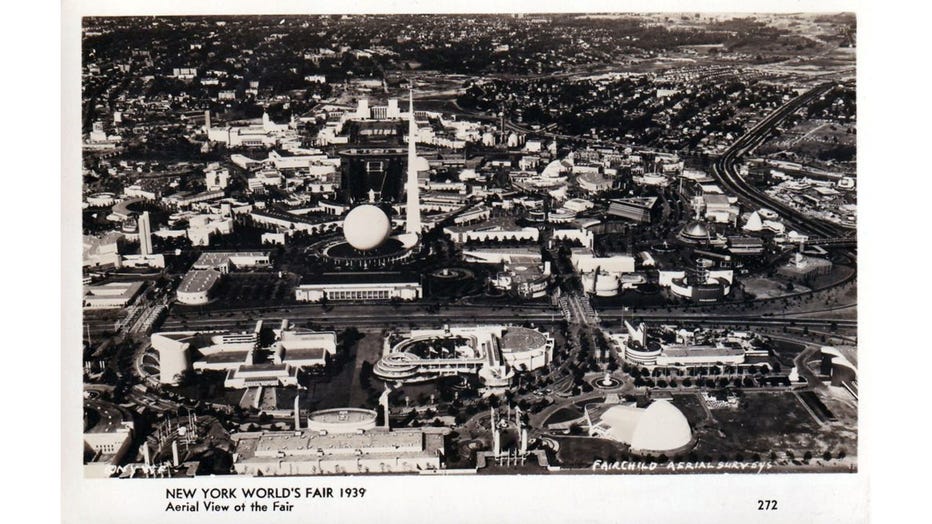 "Regular programming did not yet exist, and very few people owned television sets — there were only about 400 in the New York area," reports History.com.

Many sets were just 5-inch models.

"Not until 1946 did regular network broadcasting catch on in the United States, and only in the mid-1950s did television sets become more common in the American household."

But the event launched what's now the multi-billion dollar industry of televised sports.

The NFL alone, the most valuable sports league in the world, generates more than $3 billion per season in TV rights, according to Forbes.

The NFL was formed in 1920 when 10 football teams came together in Canton, Ohio, and started the American Professional Football Association (APFA), now known as the NFL.

The 1939 New York World's Fair was attended by as many as 50 million people.

It's the site today of Arthur Ashe Stadium and the U.S. Open, and it's right next to Citi Field, home of the National League New York Mets.

The fair lasted more than a year, over two seasons, from April 1939 to October 1940, and was attended by up to 50 million people, according to various estimates. 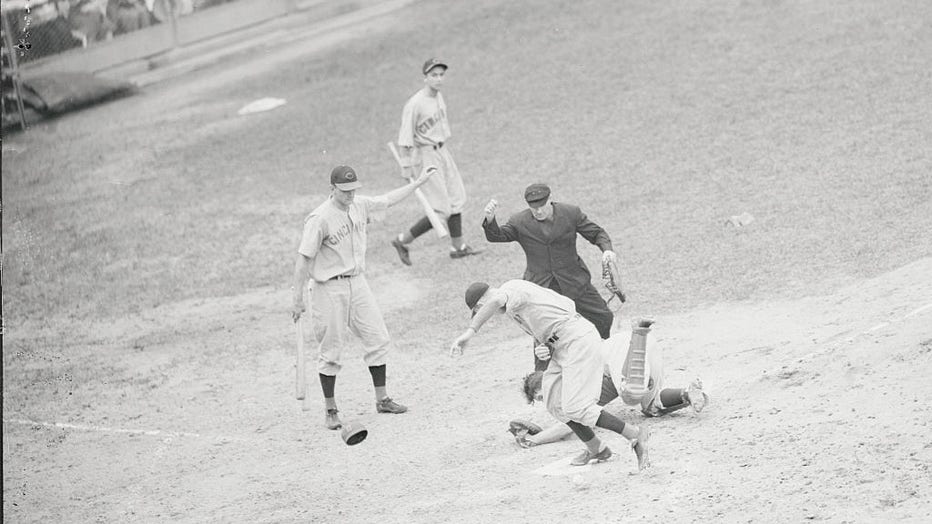 The first televised baseball game, August 26, 1939. Bucky Walters of the Cincinnati Reds pitched a two-hit game against the Brooklyn Dodgers and helped himself along by scoring one of the Reds' runs in the big eighth inning. The Reds scored all of th

It proved a landmark event on television in general, not just sports broadcasting.

President Franklin Delano Roosevelt attended the World's Fair in April 1939 and became the first president to appear on television.

In 1978 Red Barber joined Mel Allen as the first broadcasters honored by the National Baseball Hall of Fame for contributions to the game.

"Following what would actually be many years of additional research and millions of dollars, RCA demonstrated an all-electronic black-and-white television system at the 1939 New York World's Fair," the company reports on its website.

Announcer Barber, who was hired by the Dodgers away from the Reds before that 1939 season, parlayed his unique role in sports broadcasting history into a legendary career.

He was inducted into the National Sportscasters and Sportswriters Association Hall of Fame in 1973 — and in 1978 joined Mel Allen as the first broadcasters honored by the National Baseball Hall of Fame for contributions to the game.