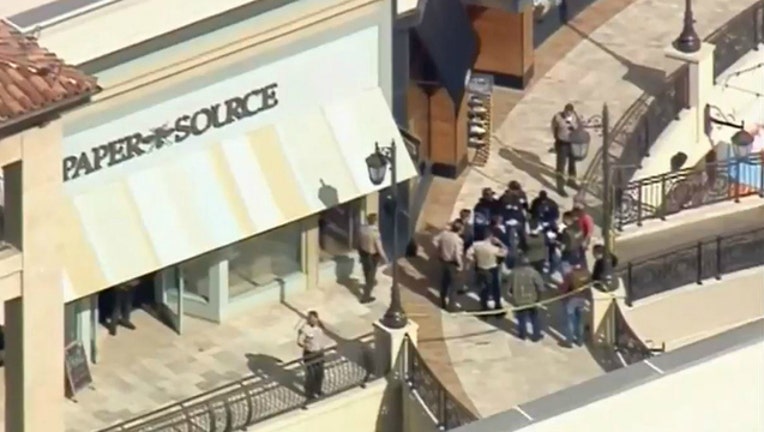 Shooting at mall in Southern California

THOUSAND OAKS, California (Fox 32 News) - One person was killed and another injured in a shooting at a mall in Southern California.

The shooting happened at The Oaks Mall in Thousand Oaks on Saturday afternoon.

The victim was a 30-year-old woman. The shooter was her ex-husband, 33, police said.. He was hospitalized with a self-inflicted gunshot wound. Their children were found safe.

The Ventura County Star reports that the mall was put on lockdown.

As of 3:15 p.m. local time, Thousand Oaks Police said there was no further risk to the public.

This was the second shooting at a mall in the United States on Saturday.

Beachwood (Ohio) Police Chief Gary Haba said the shooting occurred outside Beachwood Place Mall around 3 p.m. Saturday. Haba said it appears the suspect and victim knew each other.The suspect was taken into custody and the victim hospitalized in stable condition.

The mall remained on lockdown nearly three hours after the shooting.