EUGENE, Ore. - Oregon tight end Spencer Webb died Wednesday in an apparent diving accident near Eugene, where the university is located. He was 22.

The Lane County Sheriff’s Office reported an accidental diving death on Wednesday night. The post did not mention Webb, but his former high school coaches confirmed the young player’s death to the Sacramento Bee.

Webb was in the middle of preparing for his fourth season at Oregon.

"The Lane County Sheriff’s Office responded to the rock slides just a short distance west of Triangle Lake at approximately 2:30pm after receiving the report of an injured person," officials wrote on Facebook. "Upon arrival, deputies learned that a 22 year old male recreating in the area fell and struck his head. Bystanders and responding paramedics were unable to revive him. Lane County Sheriff Search and Rescue personnel responded to assist with bringing him back to the roadway as he was approximately 100 yards down a steep trail. 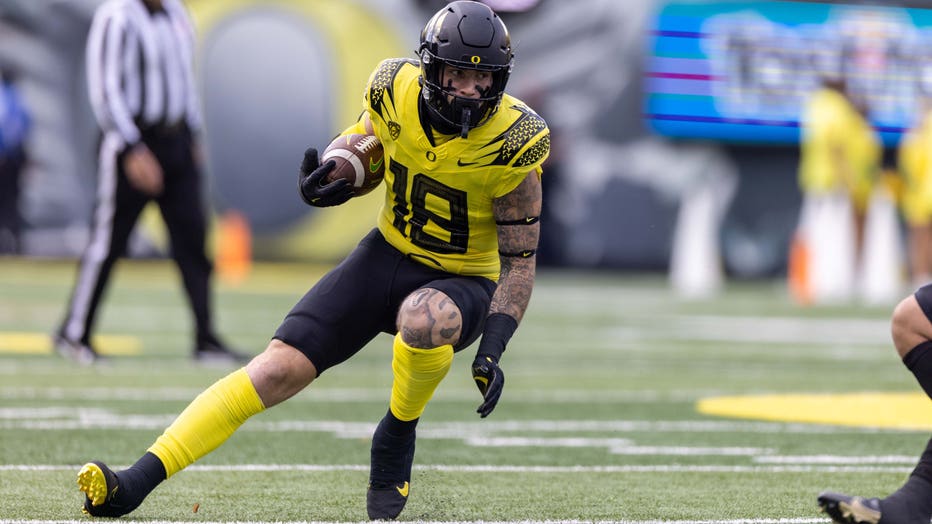 EUGENE, OR - OCTOBER 30: Spencer Webb (18) of the Oregon Ducks runs with the ball against the Colorado Buffaloes at Autzen Stadium on October 30, 2021 in Eugene, Oregon. (Photo by Tom Hauck/Getty Images)

"There is no evidence of foul play and his death appears to be accidental. The victim’s name is being withheld at this time pending next of kin notification."

Ducks football coach Dan Lanning led the tributes on social media, writing, "So full of life in every moment of the day. Your smile and energy will be missed Spencer."

Get updates on this story at FOXNews.com. 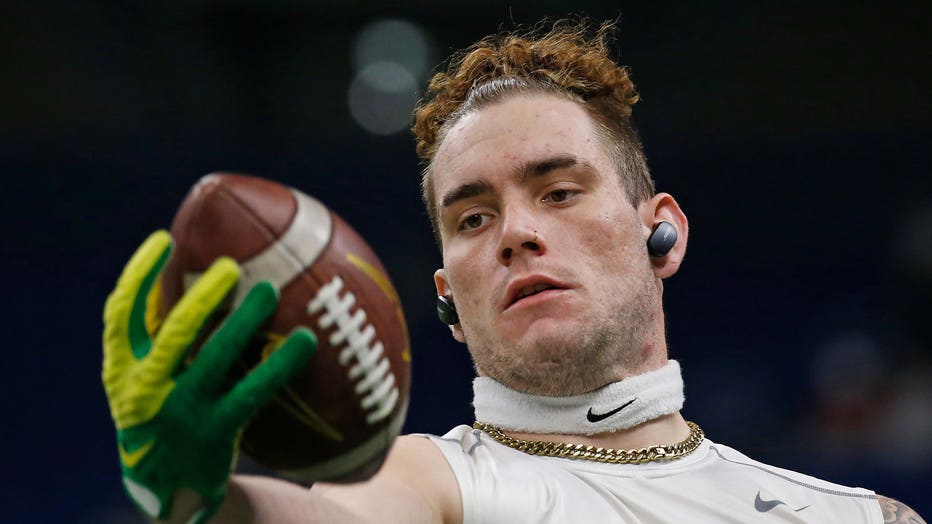 SAN ANTONIO, TX - DECEMBER 29: Spencer Webb #18 of the Oregon Ducks catches a pass before the start of their game against the Oklahoma Sooners in the Valero Alamo Bowl at the Alamodome on December 29, 2021 in San Antonio, Texas. (Photo by Ronald Cortes/Getty Images)