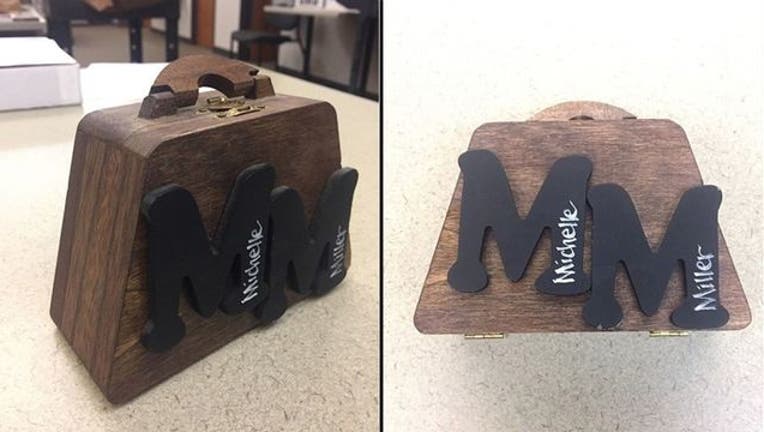 Police in Washington state said they're looking for the owner of an urn "with cremated remains" found at a Goodwill location. (Vancouver Police Department)

(FoxNews.com) - Police in Washington State say they’re trying to find the rightful owner of an urn "with cremated remains" that was donated to a Goodwill location.

In a tweet the Vancouver Police Department sent on Wednesday, authorities said they were "seeking assistance to locate anyone associated with an urn with cremated remains inside that was donated at a local Goodwill.”

Authorities told KIRO 7 that the urn was brought to the store and found by an employee on Sunday as they were sifting through donated items. Police reportedly think that the donation was accidental.

In photos provided in the police’s tweet, the urn appears to be a wooden box with a handle. Two letter M’s with the name “Michelle Miller” are seen on the front.

Anyone with information regarding the item is asked to call the police evidence department at (360) 487-7404.