WASHINGTON - The House committee investigating the Jan. 6 insurrection issued a subpoena Wednesday to former White House counsel Pat Cipollone, whose reported resistance to Donald Trump's schemes to overturn his 2020 election defeat has made him a long-sought and potentially revelatory witness.

Cipollone is said to have stridently and repeatedly warned the former president and his allies against their efforts to challenge the election, at one point threatening to resign as Trump eyed a dramatic reshuffling atop the Justice Department. One witness said Cipollone referred to a proposed letter making false claims about voter fraud as a "murder-suicide pact." Another witness said Cipollone had warned her that Trump was at risk of committing "every crime imaginable."

It's the first action from the committee since Tuesday's dramatic testimony from Cassidy Hutchinson, whose gripping account of what she saw and heard as an aide in the White House raised new questions about whether Trump or some of his allies could face criminal liability. As Trump's top White House lawyer, Cipollone was present for key meetings in the turbulent weeks after the election when Trump and associates — including GOP lawmakers and lawyer Rudy Giuliani — debated and plotted ways to challenge the election. 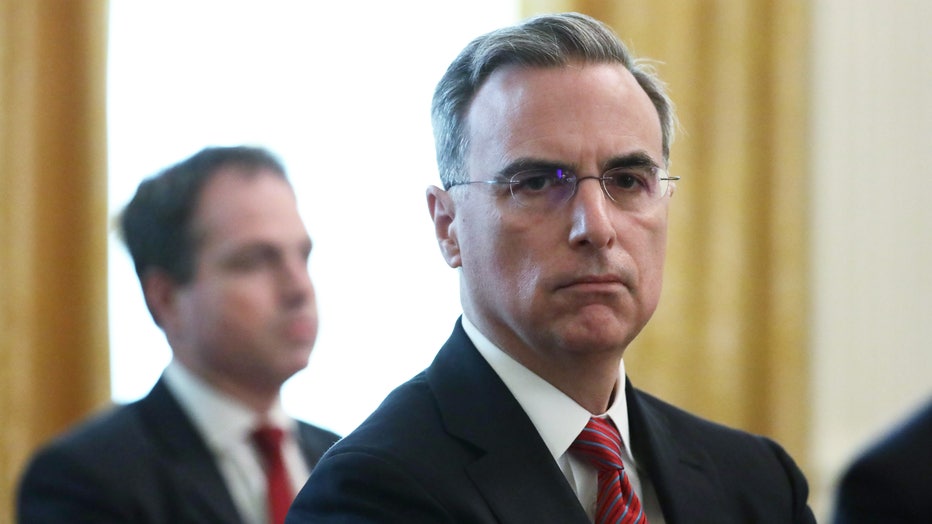 WASHINGTON, DC - MAY 19: White House Counsel Pat Cipollone (R) waits for the beginning of a cabinet meeting in the East Room of the White House on May 19, 2020 in Washington, DC. (Photo by Alex Wong/Getty Images)

The subpoena sets the stage for a possibly protracted legal fight between a Congress determined to assert its authority and a former executive branch employee privy to intimate and sensitive Oval Office deliberations. As White House counsel, effectively the administration’s chief lawyer, Cipollone could try to argue that his conversations with the president are privileged and that he is therefore exempt from testifying, though such claims would likely need to be resolved in the courts.

The committee pressed ahead anyway, saying Cipollone could have information about several efforts by Trump allies to subvert the Electoral College, from organizing so-called alternate electors in states Biden won to trying to appoint a loyalist as attorney general who championed false theories of voter fraud. While Cipollone has sat for an informal interview in April, the committee said it required his cooperation on the record after it obtained evidence about which he was "uniquely positioned to testify."

Mississippi Rep. Bennie Thompson, the committee’s Democratic chairman, and Wyoming Rep. Liz Cheney, the panel’s Republican vice chairwoman, suggested that Cipollone had resisted transcribed testimony because of concerns about executive privilege. In a statement announcing the subpoena, they said that "any concerns Mr. Cipollone has about the institutional prerogatives of the office he previously held are clearly outweighed by the need for his testimony."

"We are left with no choice but to issue you this subpoena," Thompson wrote in a letter to Cipollone.

While Cipollone's words and warnings have been prominent throughout the public hearings this month, Hutchinson shared more about his actions, revealing that he was trying frantically in the days before Jan. 6 to prevent Trump from going to the Capitol as the election results were certified.

On Jan. 3, Cipollone warned that there were "serious legal concerns" if Trump accompanied the protesters to the Capitol, saying, "We need to make sure that this doesn’t happen." By the morning of Jan. 6, Cipollone was urging Hutchinson, then an aide to chief of staff Mark Meadows, to "keep in touch" about any possible movements by the president and "please make sure we don't go up to the Capitol, Cassidy."

If Trump did go to the Capitol, Hutchinson recalled Cipollone saying, "we're going to get charged with every crime imaginable." He had previously identified obstruction of justice or defrauding the electoral count as among the possibilities, she said.

Back at the White House as the violent insurrection unfolded that afternoon, Hutchinson again placed Cipollone at the center of events, recounting how he at one point came "barreling down the hallway" for an urgent conversation with Meadows.

"And I remember Pat saying to him something to the effect of, the rioters have gotten to the Capitol, Mark. We need to go down and see the president now. And Mark looked up at him and said, he doesn’t want to do anything, Pat." 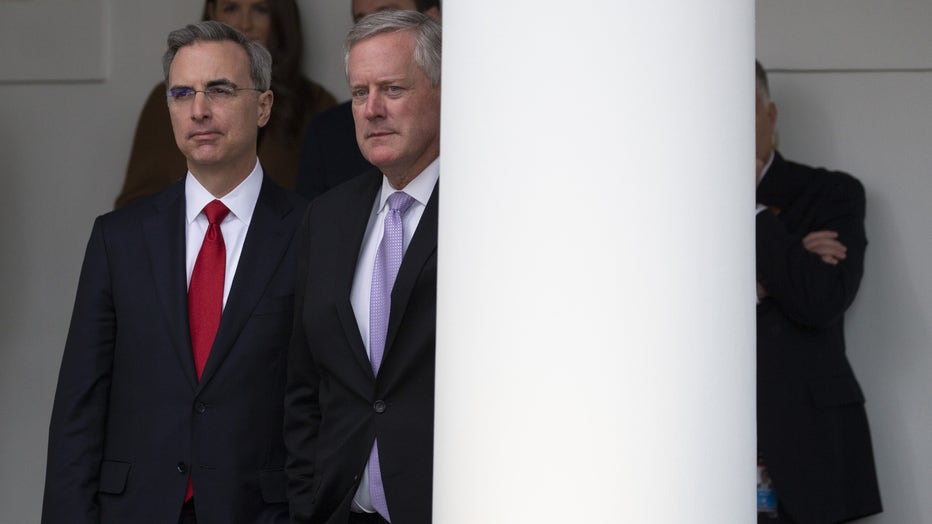 Hutchinson said she also heard Meadows tell Cipollone that Trump was sympathetic to rioters wanting to hang then-Vice President Mike Pence over his refusal to try and stop the certification of Joe Biden's election victory.

"You heard it, Pat," Meadows told Cipollone, in her recollection. "He thinks Mike deserves it. He doesn't think they're doing anything wrong."

The Jan. 6 committee said it issued the subpoena in order to have Cipollone's testify on the record, something they said "other former White House counsels have done in other congressional investigations." An on-the-record interview would be transcribed, while informal interviews generally are not.

Rep. Adam Kinzinger of Illinois, the other Republican on the committee, said last week that Cipollone told the committee he tried to intervene when he heard Trump was being advised by Jeffrey Clark, a former Justice Department official who wanted to push false claims of voter fraud. Federal agents recently seized Clark's cell phone and conducted a search of his Virginia home.

Clark had drafted a letter for key swing states that was never sent but would have falsely claimed the department had discovered troubling irregularities in the election. Cipollone was quoted by one witness as having told Trump in an Oval Office meeting that the letter was a "murder-suicide pact."