Dashcam footage of House Speaker Nancy Pelosi's husband, Paul, being the subject of a DUI test.

Dashcam footage of House Speaker Nancy Pelosi's husband, Paul, being the subject of a DUI test.

NAPA, Calif. - The California Highway Patrol released photos and videos recorded on the night of a May 28 crash involving Paul Pelosi, the husband of House Speaker Nancy Pelosi, who pleaded guilty to a DUI charge earlier Tuesday.

The long-awaited video shows Pelosi's alleged slurred speech and what police previously described as "objective" signs of intoxication, as well as police asking him to perform field sobriety tests.

Pelosi's 2021 Porsche and the other driver's 2014 Jeep sustained "major collision damage" in a crash around 10:17 p.m. on May 28, and responding officers found Pelosi in the driver’s seat in his damaged car near the intersection of California Route 29 and Oakville Cross Road. 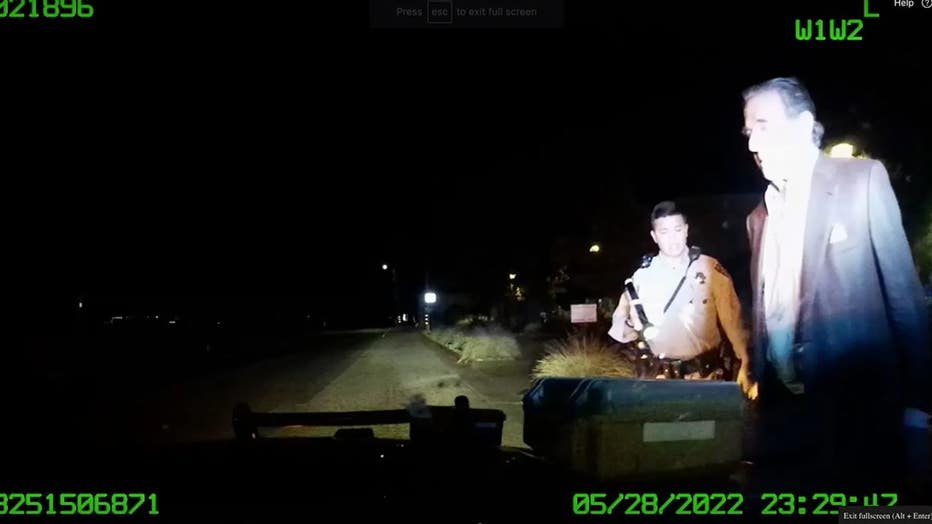 Paul Pelosi during a DUI stop in California after crashing his Porsche in May. (California Highway Patrol)

Pelosi's voice is not always easily made out over the road noise, but he can be heard telling an officer he had a "glass of champagne before dinner" and also "a glass of white."

Pelosi told the officers he started drinking around 7 p.m. and finished around 8. After stops at the hospital, the local CHP office and finally the county jail, investigators determined he had a blood-alcohol content of .082%.

Photos also show bruises on Pelosi's hands and forearms after the crash and damage to both vehicles.

Pelosi spoke to officers with slurred speech and handed them his driver’s license and an "11-99 Foundation" card when they asked for his ID, according to court documents. The 11-99 Foundation is a California Highway Patrol charity that supports officers and provides scholarships for their children. 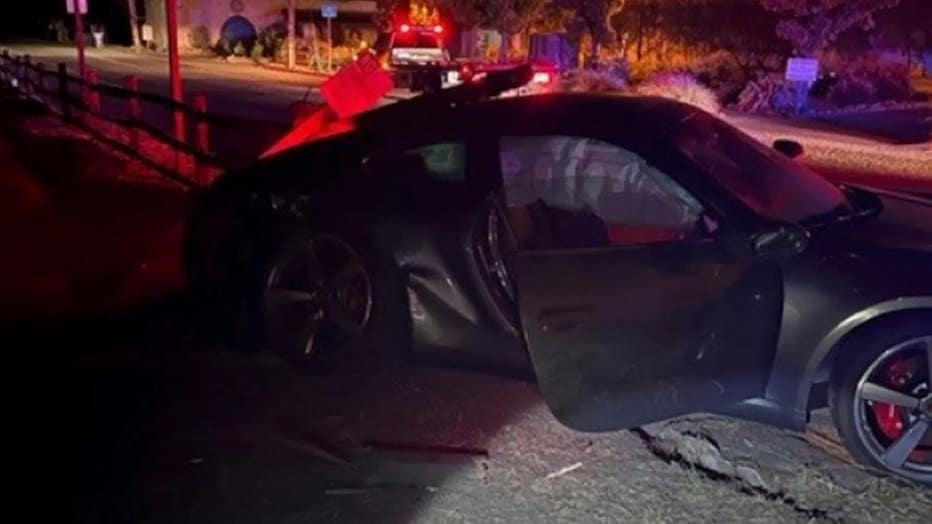 According to a criminal complaint, at around 10:17 p.m. on May 28, a 911 caller reported the crash near the intersection of California Route 29 and Oakville Cross Road, about five miles from Pelosi’s vineyard estate.

CalFire medics and Napa deputies responded to the scene first, according to prosecutors, but California Highway Patrol handled the case.

The other driver told police he was headed northbound when he "saw a glimmer of light go across" just before the crash. 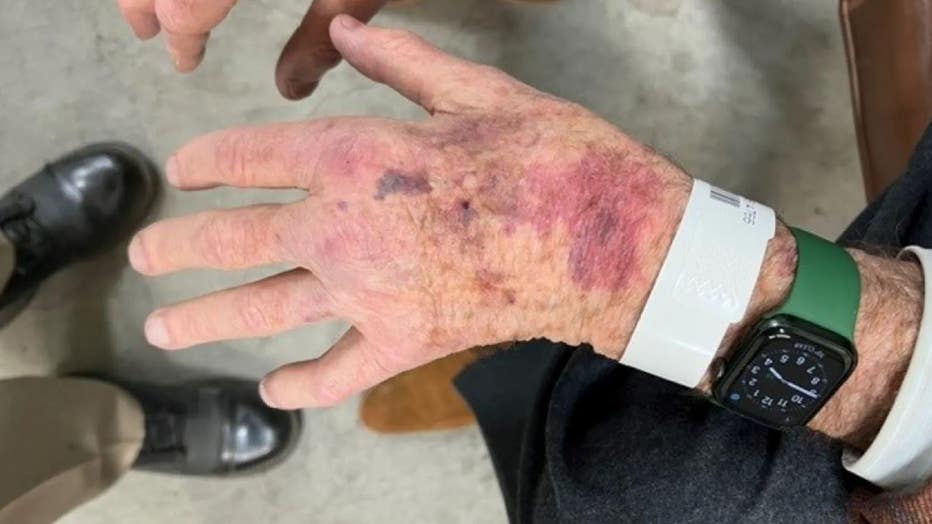 Pelosi allegedly exhibited "signs of impairment" during field sobriety tests, and officers "observed objective signs and symptoms of alcohol intoxication," according to the documents. He had red, watery eyes and appeared "unsteady on his feet.

"He's constantly grabbing onto the patrol car just to keep his balance," one officer can be heard telling another as they discuss the situation. At the same time, Pelosi can be seen walking in front of the dashcam with his hand on the front push bar.

The other driver was identified only as John Doe. Both of them declined medical treatment at the scene, but Doe on June 2 told Napa County prosecutors that he had begun suffering pain in his upper right arm, right shoulder and neck the day after the crash.

He also complained of headaches and said it was difficult to lift things with his right arm, according to the documents.

Authorities confirmed to Fox News Digital that the 82-year-old Pelosi was taken to Queen of the Valley Hospital for treatment of any potential injuries before arriving at a Napa County jail — a routine step in a serious motor vehicle crash, according to the sheriff’s department.

And he had more than two hours to burn off alcohol in his system before investigators took a blood sample.

Speaker Pelosi's office has previously said it would not comment on the incident, which a spokesperson said happened while she was on the opposite side of the country.

Paul Pelosi pleaded guilty to a DUI charge earlier Tuesday and received a sentence that includes three years on probation, restitution to the victim and a three-month DUI program. He must also have a certified ignition device installed on his vehicle for a year.