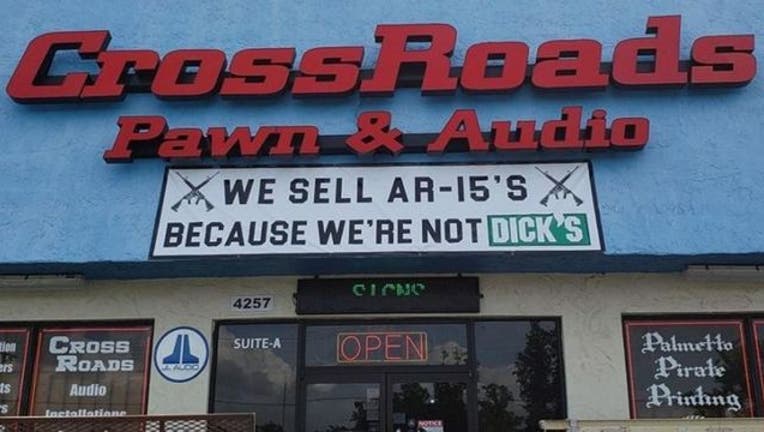 (FOX NEWS) - A pawn shop in South Carolina has poked fun at Dick’s Sporting Goods with a sign advertising the business sells assault rifles unlike the major retailer.

The Crossroads Pawn and Audio in Little River, S.C., put up a sign last week stating, “We sell AR-15’s because we’re not Dick’s.”

The sign was a tongue-in-cheek jab to the sporting goods retailer, which announced in February that it would no longer sell assault-style weapons following the deadly Parkland school shooting. The store also announced it would ban the sales of all guns to anyone under 21. Following the retailer’s decision to stop selling the weapons, several major gun manufacturers announced they were severing ties with the company.

The pawn shop put up the sign before the deadly school shooting at Santa Fe High School in Texas, WPDE reported. The sign was met with backlash from residents who felt the sign was offensive.