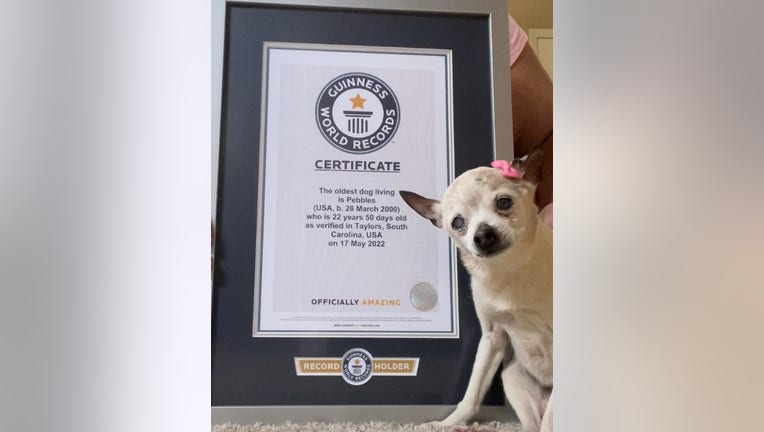 TAYLORS, S.C. - The world’s oldest dog has passed away.

"She was a once in a lifetime companion, and it was our honor to have had the blessing to have her as a pet and family member," owners Bobby and Julie Gregory said in a prepared statement. "There was never anyone who met Pebbles that didn’t love her. She will be deeply missed."

Born in March 2000 in Long Island, New York, Pebbles became the world’s oldest living dog in May 2022, according to Guinness. When the former oldest living dog, 21-year-old TobyKeith, was recognized by Guinness in April 2022, the Gregorys realized that Pebbles would break the record. 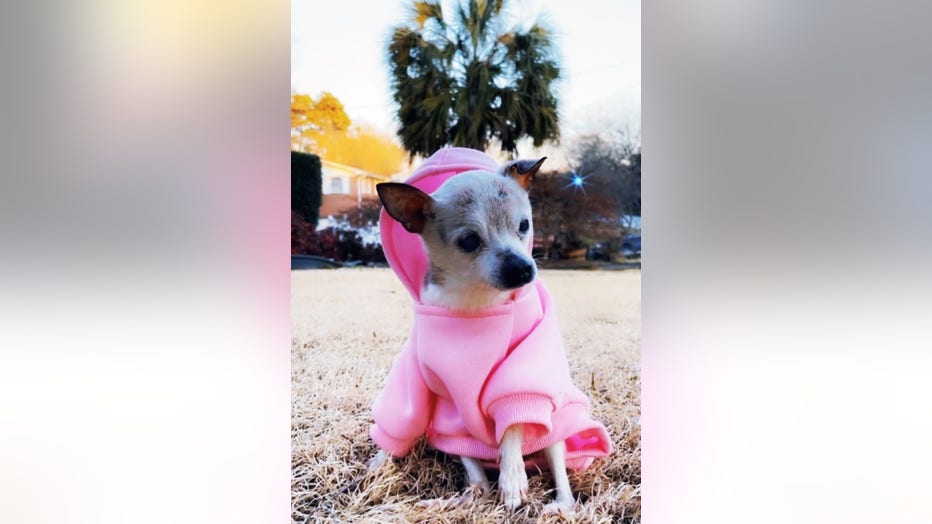 In her 22-plus years, Pebbles, who weighed in at just 4 pounds for most of her life, gave birth to 32 puppies with her partner Rocky.

According to Guinness, some 10 years ago, Pebbles' veterinarian placed her on a cat food diet, which is higher in meat-based protein than dog food.

RELATED: How petting dogs could improve your attention span and motivation

"She spent her days enjoying country music and being loved," her owners said. "She impacted everyone she encountered."