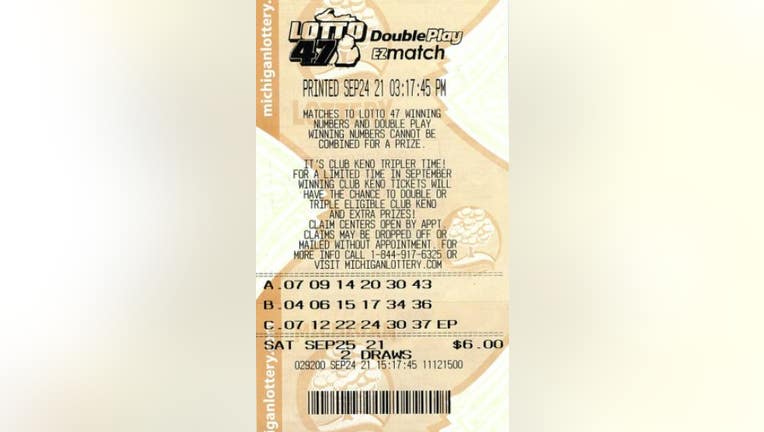 The 59-year-old man, who chose to remain anonymous, bought the Lotto 47 ticket at Shoppers Market Plus on East Nine Mile in Warren last September, and came forward this month to claim the prize before it expires.

"I purchased the ticket while I was in Michigan visiting family," he said. "When I checked the winning numbers and saw I’d won the jackpot, I was in disbelief! I waited to claim my prize until I had a plan in place for the money."

He chose to receive his prize as one lump-sum payment of about $1.3 million rather than annuity payments for the full amount. He plans to buy a truck and save the rest for retirement.