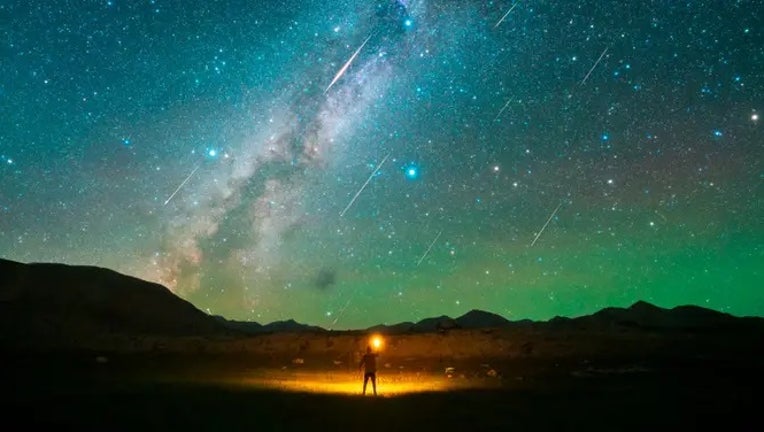 A man watches the Perseid meteor shower on the Pamir Plateau on August 13, 2021 in Xinjiang Uygur Autonomous Region of China. (Photo by VCG/VCG via Getty Images)

The show of the summer has arrived, but it's not at your local movie theater. The Perseid meteor shower returns every year between July and August, offering sky-gazers a chance to enjoy the last weeks of the sweltering season outside, looking up at the night sky.

According to NASA, the Perseids are most active from July 17 to Aug. 24. The peak this year, when the most meteors will shoot across the sky, is expected to be Aug. 11-13.

Depending on where you are in the Northern Hemisphere, you could spot up to 40 meteors per hour during the peak.

The Perseid meteors are pieces of the comet Swift-Tuttle. When Earth passes the comet each summer, debris from Swift-Tuttle creates the shooting stars we see in the sky. According to NASA, there is no chance our planet will soon run into the comet. 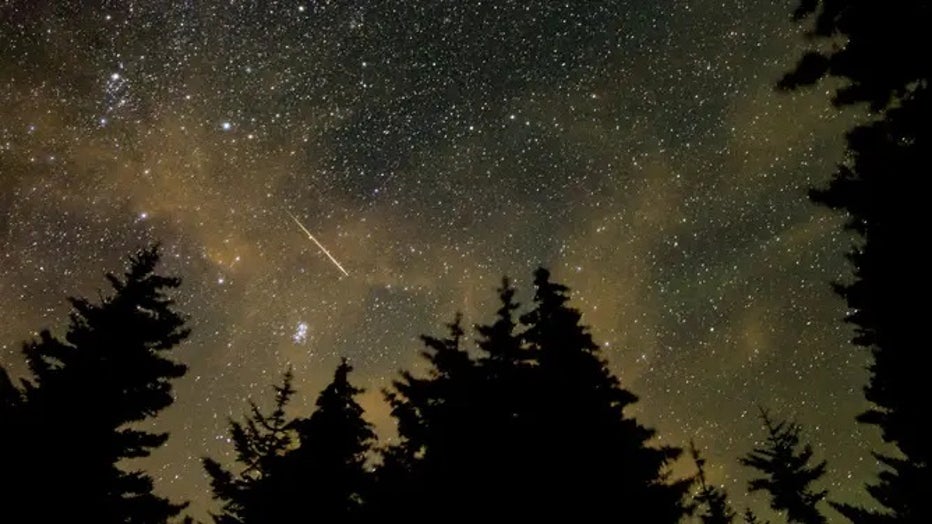 In this 30 second exposure, a meteor streaks across the sky during the annual Perseid meteor shower, Wednesday, Aug. 11, 2021, in Spruce Knob, West Virginia. (Photo by Bill Ingalls/ NASA via Getty Images)

The biggest thing you need to view the meteor shower is a clear sky above you. The second most crucial viewing condition you want is a dark sky away from light pollution. If you live in a big city, consider going to a state or national park that allows overnight camping. However, even if you can step outside wherever you live, let your eyes adjust to the darkness for a few minutes and then look up. This includes putting down your phone.

SHE WASN'T ALLOWED TO STUDY ASTRONOMY -- THEN, SHE BECAME A NASA SCIENTIST

Unfortunately, the August full moon happens on Aug. 11, which could put a damper on the view. An excellent time to view the meteors would also be on July 28, when there is a new moon, meaning less moonlight to steal from the shooting stars.

Another thing going against the Perseids this year and most summers is the active pattern of thunderstorms for the southwest and southeast, typical for this time of year. 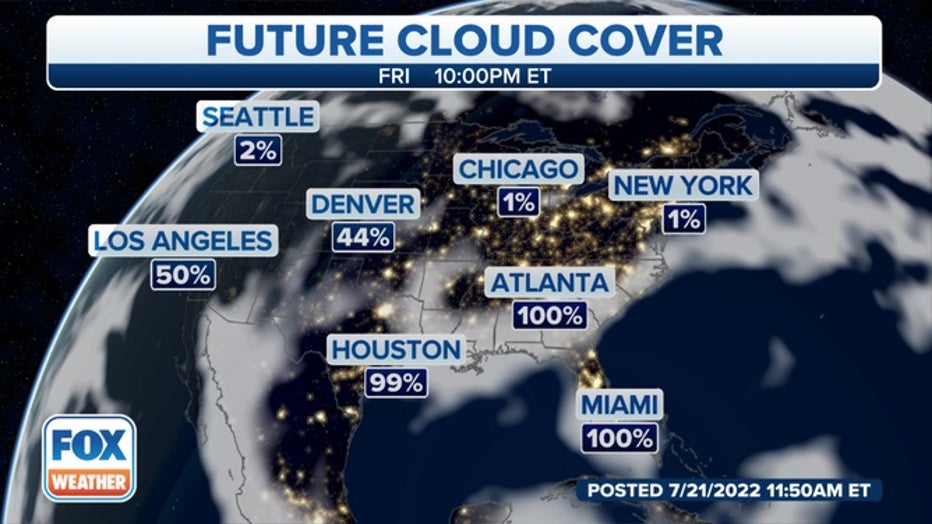 Looking at the cloud cover forecast through the weekend, parts of the Southeast will have a hard time looking for shooting stars as cloud cover increases on Thursday and Friday before beginning to clear Saturday night.

7 TIPS ON HOW TO PHOTOGRAPH THE MOON

The Northern and Southern Plains should also have fairly clear skies overnight later this week. Viewers in Chicago, Bismark, North Dakota, and Seattle, Washington, will have the clearest sky on Friday.

Overnight Saturday will be a good time for sky-gazers in New York and across the northeast with a 6% cloud cover in the forecast.

Regardless of where you live, the Perseid Meteor Shower continues until Aug. 24, and there is plenty of time for the forecast to align in your sky-viewing favor. 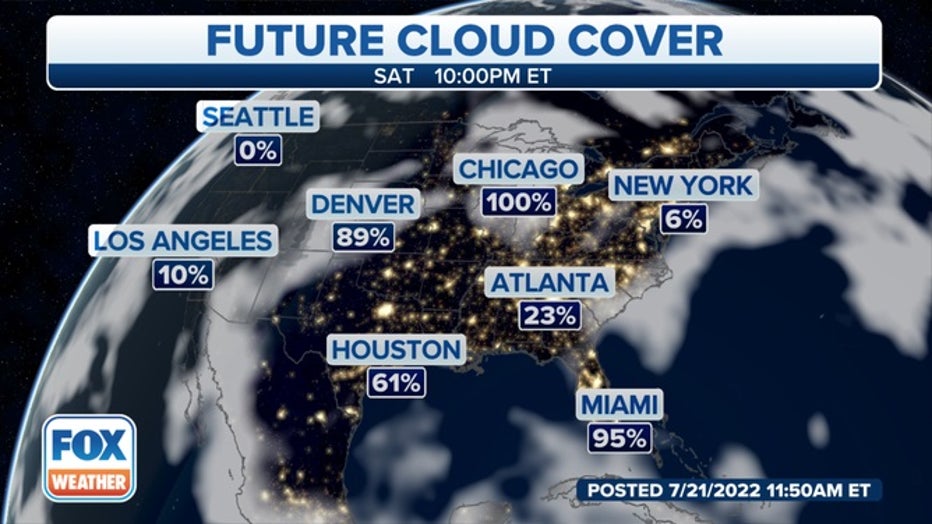 If you plan to observe the meteor shower on a specific day, use the FOX Weather app "Plan" tab to add your dates and get updated forecasts leading up to your viewing event.