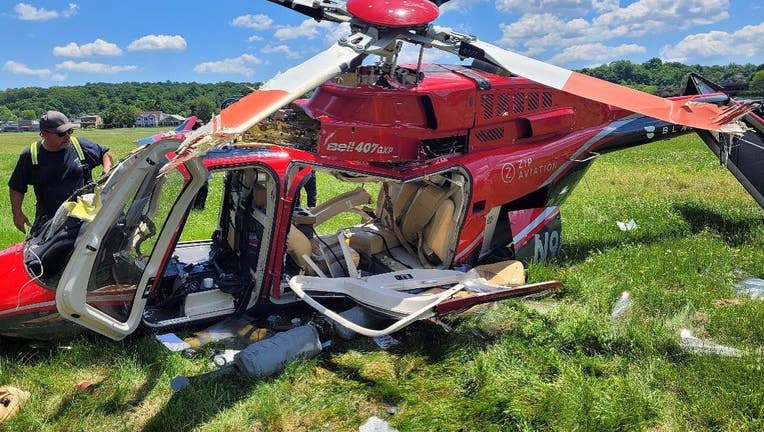 NEW JERSEY - Federal authorities are investigating the crash of a helicopter shortly after takeoff from a New Jersey airport that seriously injured the pilot.

Authorities say that a 2015 Bell Model 407 helicopter crashed to the ground near the north side of Essex County Airport in Fairfield at around 12:11 p.m.

Only the pilot, a 33-year-old man from Marietta, Georgia, was on board at the time of the crash and was found in the pilot seat, partially leaning out of the cockpit with head injuries. He was taken to a nearby hospital.

No other injuries were reported.

Authorities say a preliminary investigation indicates that the helicopter, operated by Zip Aviation, was taking off and heading to pick up a private charter when the crash occurred.

A witness at the scene said that the helicopter may have been as high as 100 to 150 feet in the air when it began to spin and then hit the ground.

The FAA is investigating the crash.