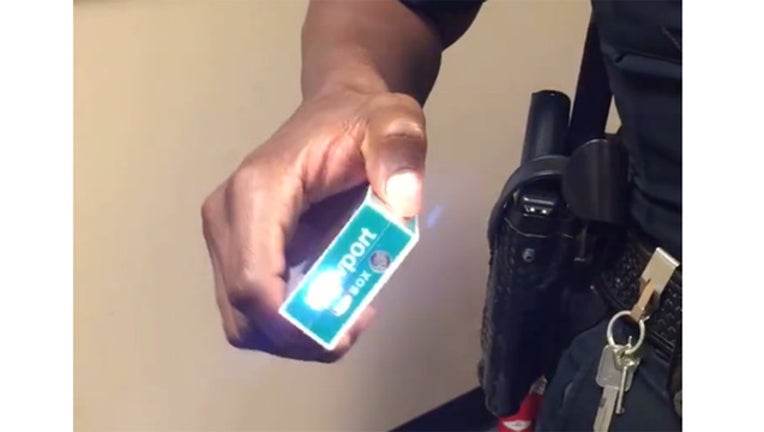 A police officer in Georgia found a stun gun disguised as a package of cigarettes during a traffic stop.

News outlets report that the driver repeatedly requested to smoke while the officer was speaking to him, but he was not allowed to get his cigarettes during the stop. The Kennesaw Police Department posted a video to Facebook on Monday showing the recovered stun gun and reminding the public that requests to retrieve items during a traffic stop will be denied.

The post said:  "So, forgive us when we seem to act 'too rigid' and 'mean' when we say no to your request to 'smoke' or 'make a phone call' with your phone, etc... We’re just trying to make it home at the end of our shifts like everyone else out here.

The department has not released further details, including the identity of the driver or if any charges were filed.