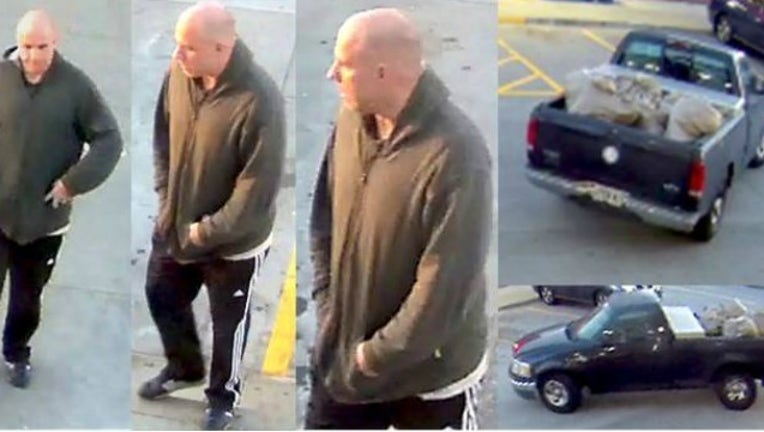 Henry County police shared several photos of a white male, who they believe stole a blue 1999 Ford F150 from the QT gas station on Highway 155 in McDonough.

Investigators also shared two photos of the truck, which was loaded with several large bags full of football helmets.

The truck has a Georgia tag with license plate number 4254 WD.

Anyone with information on the man's identity or whereabouts is asked to contact Detective Sergeant Webster at 770-288-8262.