Cops wounded in shootout in Newark

Two Newark police officers confronted a suspect in a parking lot, Mayor Ras Baraka said. The suspect shot the officers at close range, the mayor added. The officers were hospitalized in stable condition.

ESSEX COUNTY, N.J. - Two cops were shot on Tuesday afternoon in Newark prompting a massive response from several local, county, state, and even federal law enforcement agencies. The gunfire erupted near Van Velsor Place and Chancellor Avenue in the Weequahic neighborhood of the South Ward.

Law enforcement sources told FOX 5 News that two police officers were wounded in a shootout in outside a residential neighborhood just after 1 p.m. They were taken to University Hospital. One cop was shot in the neck, the other in the leg. Both were in stable condition on Wednesday morning.

The officers went to an apartment complex to check out a tip from a caller about a suspect in a previous shooting, according to Mayor Ras Baraka. The caller had seen a flier that had a photo of a person wanted in a shooting a few days earlier. The caller suspected the person seen in the photo was a resident of the complex.

Newark Mayor Ras Baraka gave an update on the shooting of two cops on Tuesday. Then the officers encountered a man suspected in a prior shooting, that man opened fire on the cops, Baraka said.

"Units from the 5th Precinct responded to that location. They did not find him in the building. Upon leaving the building, they encountered the gentleman," Baraka said. "They gave him instructions. There was a brief altercation. The gentleman pulled a gun out, shot two police officers at close, close range. Gunshot was returned, fire was returned."

Heavily armed and armored police officers were going door-to-door in the building to try to find the shooter, the mayor said. The building has been lots of emergency exits and windows, police said. 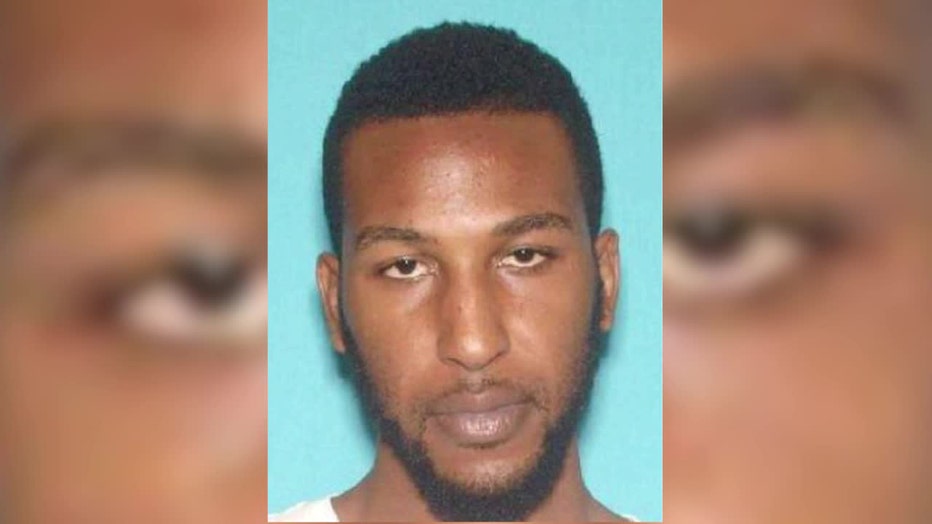 Police were looking for Kendall 'Book' Howard in connection with the shooting of 2 Newark police officers.

The suspected shooter is 30-year-old Kendall Howard, according to authorities, who are seeking to arrest him on attempted murder of police officers and illegal weapons charges.  The East Orange man, who also goes by "Book", is 6'3" tall, weighs approximately 180-200 pounds, brown eyes, and a tattoo on the back of his neck that reads:  FEATHER.

Authorities warned that he should be considered armed and dangerous.  They ask anyone that sees him to call 911 immediately.

A massive police response took place after two cops were shot on Tuesday afternoon in Newark, N.J. Law enforcement sources told FOX 5 News that two police officers were wounded in the shooting. The officers were serving a warrant to a home in the area when the shooter, armed with a long gun, fired upon them from either a rooftop or a high window.

"Prayerfully, we can end this with a person in custody this evening," Baraka said.

"I was laying in my bed and I heard the sirens going up the street," said Eugene Roberts, who lives along Chancellor Avenue. "I got up went to the window. I didn't know what was going on." 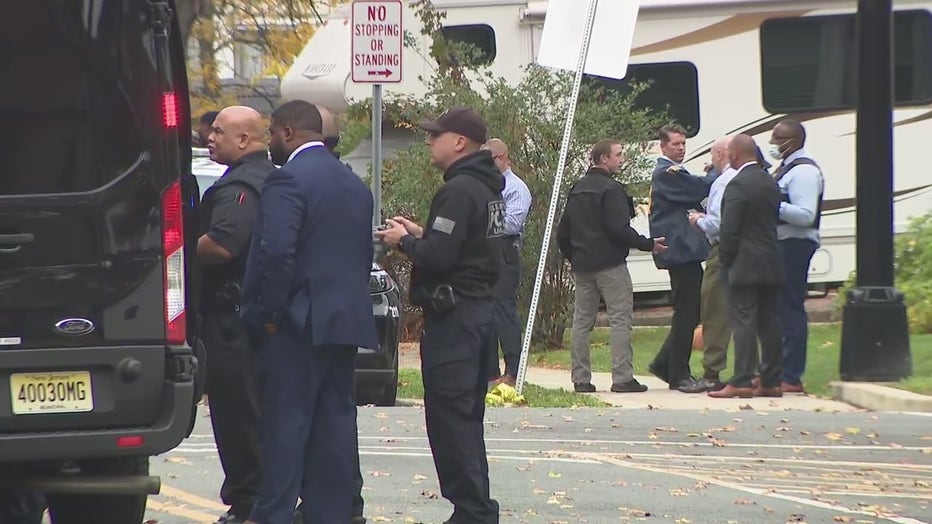 Gov. Phil Murphy said he was "closely monitoring" the situation.

"I am in touch with local authorities and the State is providing resources as requested," Murphy tweeted. "We will continue to support local law enforcement and ensure that all residents are safe."

Police also searched the area from the sky using a helicopter and a drone.

"I've been here 30 years at this location and I've never seen anything like this before," Roberts said.

With FOX 5 NY's Ashlie Rodriguez and Linda Schmidt. The Associated Press contributed to this report.