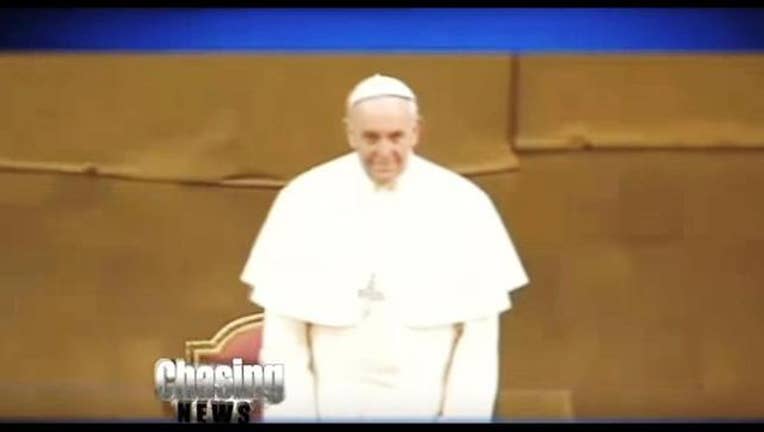 NEW YORK (AP) — Those planning security for the New York City leg of the upcoming United States visit of Pope Francis have circled Sept. 25 on their calendars as the perfect storm.

That day, Francis is to address world leaders at the United Nations, preside over a service at the 9/11 memorial, do a procession through Central Park and celebrate Mass at Madison Square Garden. The agenda, combined with the popular pope's habit of going off-script and mixing with crowds, has created an "unprecedented challenge" for law enforcement, New York Police Commissioner William Bratton said.

Bratton isn't alone in his concerns about protecting the pontiff and the throngs expected to turn out to greet him. Officials in Washington, D.C., and Philadelphia, the pope's other stops, have their own worries.

The U.S. Secret Service, working with the FBI and local authorities, has spent months coordinating the massive security effort. Secret Service officials have met multiple times with Vatican security officials both in Washington and in Rome to learn more about how the pope interacts with crowds. Francis travels with his own security detail and his Popemobile, the bulletproof vehicle he once called a "sardine can" that walls him off from people.

Many of the particulars on security haven't been disclosed, but here's a look at some of the variables:

Every city will see a surge in uniformed police presence every minute the pope is around, especially in New York.

The 35,000-officer New York Police Department, the nation's largest, has the manpower to flood large events with thousands of officers, many in plainclothes, to control crowds and deter trouble. It also deploys specialized counterterrorism units trained to detect potential explosive, chemical and other threats.

Protecting the pope is "going to be a massive operation, a complex operation and one that the city has to live and breathe and operate around at the same time," said John Miller, the NYPD's head of counterterrorism. "We won't shut down New York during this — business continues, people come and go. It's going to be unprecedented, but we're going to make it work."

Pennsylvania has announced it's bringing in 1,000 state troopers to help with security there, along with the National Guard for traffic control.

Authorities have reported no specific threats related to the pontiff's U.S. visit. But the trip comes with a backdrop of mounting worries about homegrown terrorism and mass shootings, and the history of the 1981 assassination attempt on another popular pope, John Paul II.

The worries go beyond scheduled events. When Pope Benedict XVI visited the United States in 2008, federal authorities issued a 19-page joint threat assessment concluding that while there was no credible threat to Masses that were to be held at the Washington Nationals' ballpark, authorities warned terrorists could target "''softer' targets such as hotels, public gatherings, restaurants, or transportation modes."

None of the cities or agencies involved in the trip has given specific estimates for how much it will cost to keep order. In New York, major events have cost the city tens of millions of dollars in overtime for extra police patrols, an expense that city officials claim can be offset by economic benefits from an influx of visitors.

U.S. Capitol Police Chief Kim Dine, for one, has suggested the pope's appearance before Congress on Sept. 24 will be a burden on the bottom line. The cost of policing the crowds expected to line the streets around the Capitol is "something frankly that goes above and beyond our budget," Dine told a Senate panel earlier this year.

Local officials have said they expect the federal government and the Festival of Families, host of the largest event, to pick up some of the costs.

For most events, anyone wanting to see the pope will need tickets and be subject to airport-style metal screening before entering frozen zones ringed by police barriers. That means ordinary bystanders will be kept blocks away.

In recent weeks, New York City and the New York Archdiocese, working with security experts, added the Central Park procession. Tens of thousands of tickets will be given away through a lottery.

Mayor Bill de Blasio calls the procession a way for New Yorkers "to come face to face with Pope Francis." Philadelphia Mayor Michael Nutter has sought to temper expectations, saying no one should think "they're going to be able to walk up and give Pope Francis a high five."

Associated Press writers Michael Sisak in Philadelphia and Alicia Caldwell in Washington contributed to this report.