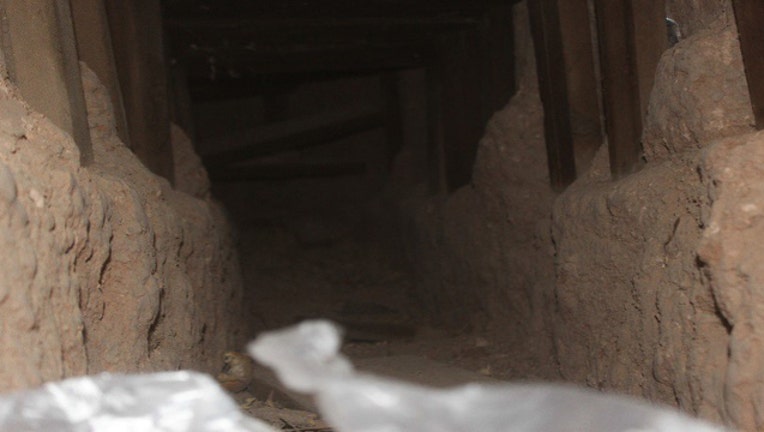 NEAR NACO, Ariz. (KSAZ) - Officials with the United States Customs and Border Protection said a possible smuggling tunnel was found near Naco, a border town located about 12 miles south of Bisbee.

According to a statement, an employee from a construction team clearing old border fencing reported the tunnel, and agents investigating the report found an incomplete tunnel about 15 feet deep. The tunnel reportedly extended into the U.S. about four feet from the border fence, and has no ventilation or lighting.

The tunnel will reportedly be remediated with concrete, as construction work continues.