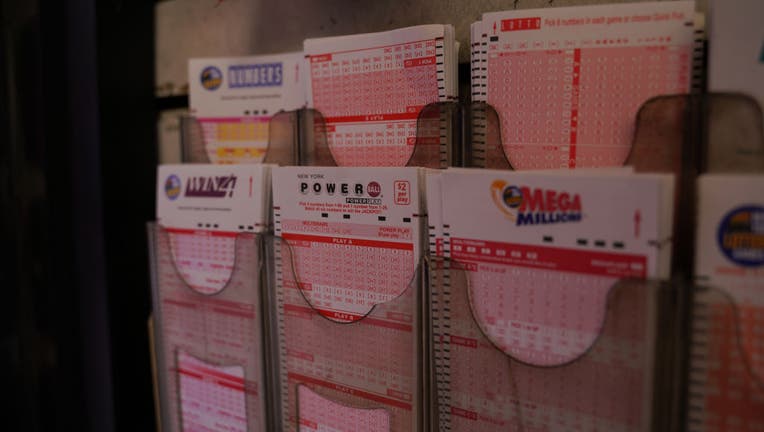 NEW YORK, US - NOVEMBER 4: The Powerball jackpot reached an estimated $1.6 billion on Friday, making it the largest jackpot ever. (Photo by Lokman Vural Elibol/Anadolu Agency via Getty Images)

NEW YORK - While no one managed to win the $1.6 billion Powerball jackpot on Saturday, two people in New York and New Jersey just became each state's most recent millionaires.

According to the Powerball website, one ticket in New York matched five of the five white balls drawn for Saturday's drawing, winning the $1,000,000 second-tier prize.

Another $1M winning ticket was sold in New Jersey, according to the NJ Lottery.

The New Jersey ticket was sold at the Quick Stop at 940 Inman Ave. in Edison.

In addition, 16 tickets across New Jersey matched four of the five white balls and the Powerball, winning the $50,000 third-tier prize. One of those tickets was purchased with power play, multiplying the prize to $150,000.

The $150,000 ticket was sold at Township Stationary at 299A Pascack Rd. in Washington Township.

The $50,000 tickets were sold at the following locations: