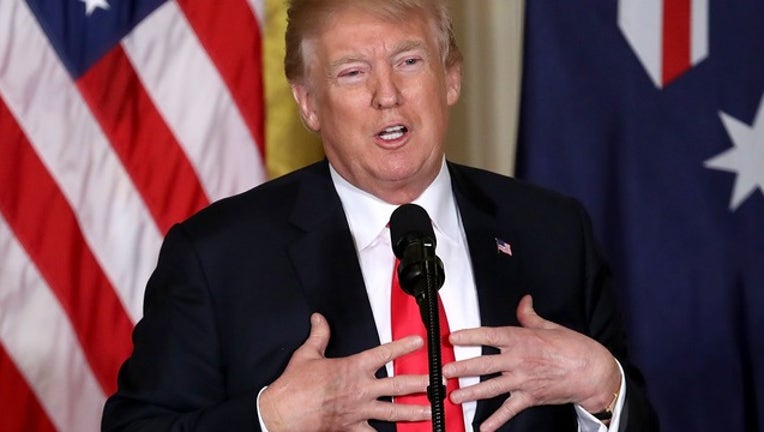 WASHINGTON (AP) - President Donald Trump is telling the nation's governors that he would have run into the deadly Florida high school shooting "even if I didn't have a weapon."

The president is again finding fault with officers who didn't stop the Florida gunman who carried out the massacre earlier this month. Trump says the deputies "weren't exactly Medal of Honor winners."

He tells 39 of the nation's governors, "I really believe I'd run in there even if I didn't have a weapon."

Trump is vowing to turn the nation's "grief into action" following the mass school shooting that killed 17 people. Trump says that while "our nation is heartbroken," the U.S. needs "to have action" on measures related to school safety and gun violence