Autism: What is it? How is it treated?

Autism is a bio-neurological developmental disability that presents itself with a spectrum of symptoms with varying severity.

A newly-published study suggests that the prevalence of autism spectrum disorder (ASD) among children and adolescents in the United States is continuing to rise, estimated to be 3.14% as of 2020.

The study — published July 5 in the journal JAMA Pediatrics — used data from the country’s National Health Interview Survey (NHIS), which collects health-related information through household interviews and is conducted by the U.S. Census Bureau.

The results suggested that the prevalence of autism spectrum disorder among U.S. kids between the ages of 3 and 17 was 3.14% in 2019 and 2020 overall. The study authors noted how this finding was higher than the reported prevalence of the disorder from previous surveys.

The same NHIS survey, which is done on behalf of the U.S. Centers for Disease Control and Prevention’s National Center for Health Statistics, found a lower prevalence (2.47%) from 2014 to 2016, the study authors said.

The recent estimate is also higher than the National Survey of Children’s Health in 2016 (2.50%), as well as the CDC’s Autism and Developmental Disabilities Monitoring Network in 2018 (2.30%) — which only focused on 8-year-old children.

Autism can occur in all racial, ethnic, and socioeconomic groups, according to the CDC. Previous research has indicated that the disorder is four times more common among boys than girls, which was echoed in the recent study.

"The prevalence of (autism spectrum disorder) is higher in boys than in girls, and a significant difference was found in children with different family economic status in this study," the authors wrote. The disorder was found to be more prevalent among lower-income families. 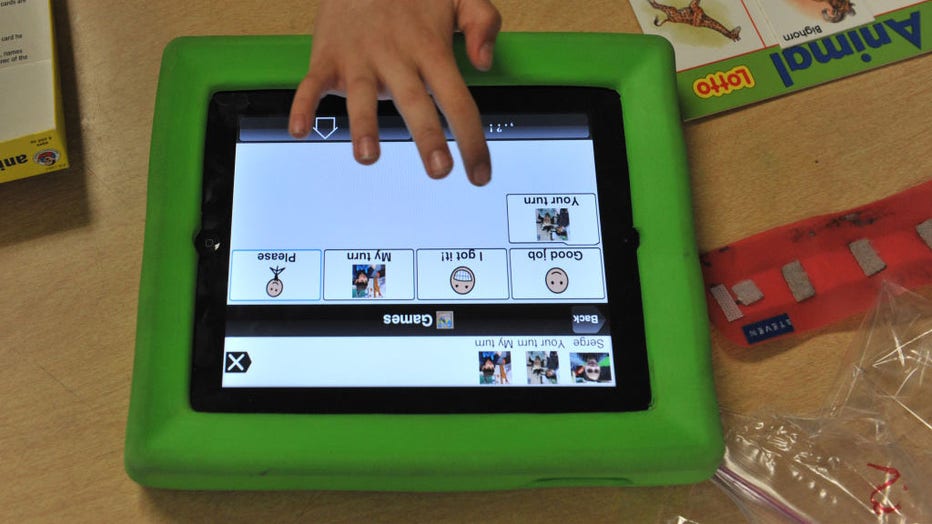 FILE IMAGE - A student uses an iPad as a communication device at Belle View Elementary School on April 11, 2012, in Alexandria, Virginia. (Photo by Jahi Chikwendiu/The Washington Post via Getty Images)

U.S. autism numbers have been on the rise for several years. However, experts believe the increase indicates more awareness and a wider availability of services to treat the disorder, rather than a true increase in the number of affected children.

Arun Karpur, director of data and science evaluation research at the advocacy organization Autism Speaks, told FOX Television Stations that the findings of the recent study were not surprising. He noted how surveys covering a wider age range, such as the NHIS data covering children ages 3 to 17, "are more likely to document a higher proportion prevalence" compared to the CDC’s network data reporting on only 8-year-old children.

Karpur also highlighted the sampling approach in the recent study, which was based on one self-report question "and is likely to be affected by the bias among responding parents."

"The differences in data collection methodologies and sampling approaches are likely to contribute significantly to the higher proportion of prevalence than the actual increase in prevalence," Karpur said in a statement.

Regardless, Karpur also noted how the increase in reported autism cases in the study could be attributed to an "increased awareness" and other factors that now benefit children with a diagnosis.

A dad and son with autism collaborated on comic book series to help the son better understand the world.

What is autism spectrum disorder?

The researchers described autism spectrum disorder as a "complicated neurodevelopmental disability with an increasing prevalence worldwide and considerable implications for individuals and their families."

"People with ASD may behave, communicate, interact, and learn in ways that are different from most other people. There is often nothing about how they look that sets them apart from other people," the agency says on its website.

The abilities of people with autism can vary significantly. Some people may have advanced conversation skills whereas others may be nonverbal, the CDC says. It can begin before the age of 3 and last throughout a person’s life, although symptoms may improve over time, according to the agency.

The CDC notes how some people with autism have a known difference, such as a genetic condition, while other causes are not yet known.

One of the largest U.S. studies to date on autism, called the Study to Explore Early Development (SEED), is currently underway and is funded by the CDC. The multi-year study is aiming to help identify factors that may put children at a higher risk for the disorder and other developmental disabilities.