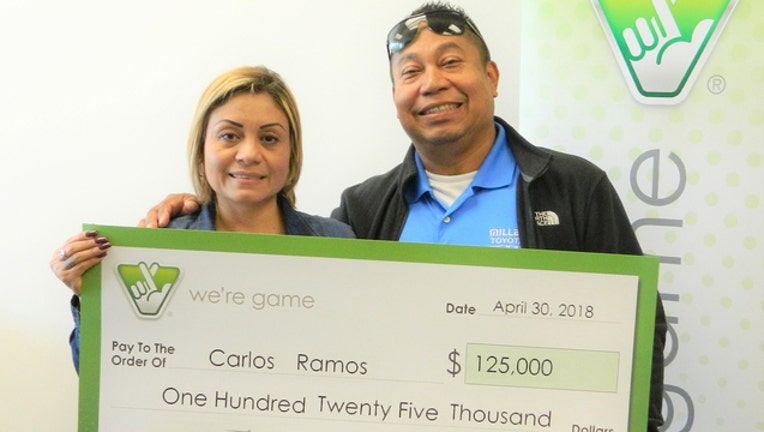 GAINESVILLE, Va. - A Prince William County man is $125,000 richer after using the numbers he saw in a dream to win the lottery.

Ramos bought one of his winning tickets at a gas station in Manassas and a second winning ticket at a Food Lion grocery store in Haymarket while he was on his way to work.

The Gainesville man said he plans on using his $125,000 winnings to pay bills and take a nice vacation, according to Virginia Lottery.