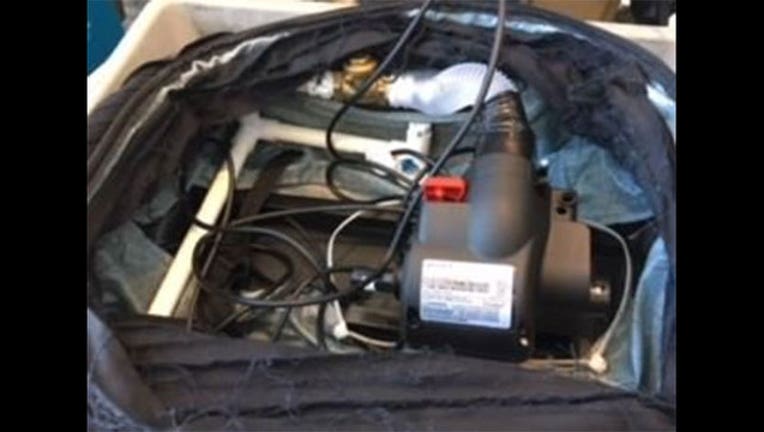 The TSA released this photo of the fake bomb.

NEWARK, N.J. (AP) - The creators of a reality show say they were shooting an episode about a vacuum device used to compress luggage when it caused a fake bomb alert at a New Jersey airport.

Nine men were arrested and charged with multiple offenses.

Endemol Shine North America, which employs the crew, issued an apology. The company says the device frees up room for travelers by compressing clothing.

TSA says parts of the device were "indicators of an improvised explosive device."