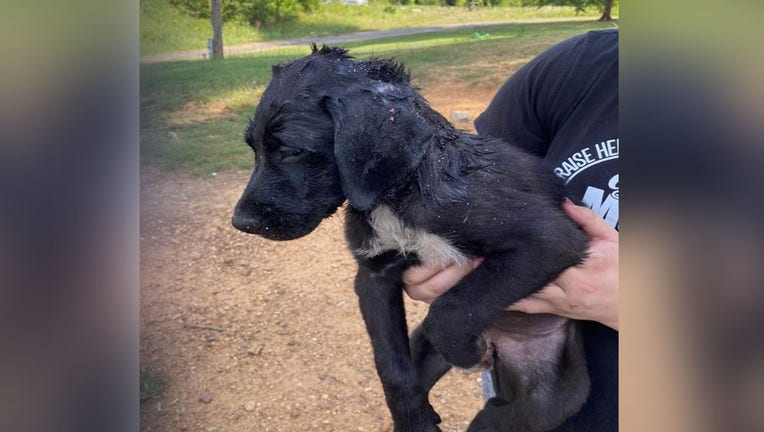 Photo of puppy rescued after its head got stuck in a wheel. (Photo courtesy of the Hardin County Fire Department)

SAVANNAH, Tenn. - Firefighters responded to a strange call for service— a puppy’s head is stuck in the wheel of a truck tire. Officials said the incident occurred Monday in Savannah, Tennessee.

LaRae Sliger, deputy EMA director for the Harden County Fire and EMA Department, told FOX Television Stations Tuesday that the homeowner was "freaked out" and contacted animal control and the fire department.

The puppy was whining and whimpering while stuck in a Ford truck wheel at the edge of the home’s driveway, Sliger shared. First responders attempted to manually remove the pup’s head from the tire by applying soap around her neck to make it slippery.

Sliger explained when this method didn’t work, the homeowner allowed firefighters to cut a hole in the wheel to free the puppy. 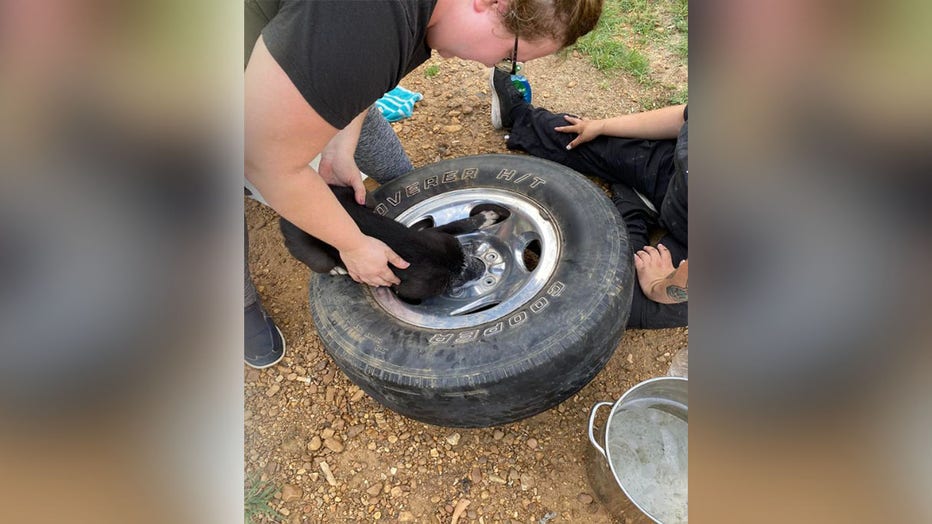 First responders work to remove a puppy stuck in a wheel. (Photo courtesy of the Hardin County Fire Department)

"Well, we had a first this morning. The puppy is fine after removing her from the wheel. This definitely gets filed in the puppies do the darndest things category," the Hardin County Fire Department wrote on their Facebook page Monday.

The Labrador and three other puppies wandered to the homeowner’s residence. Sliger explained that the homeowner is fostering the stray puppies and gives them flea and tick medicine. 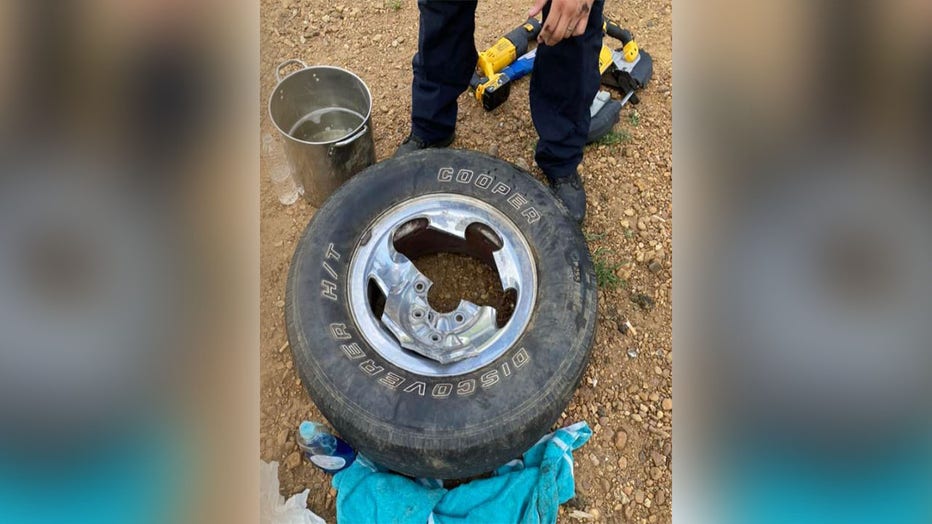 A hole is cut into the truck wheel to rescue the puppy. (Photo courtesy of the Hardin County Fire Department)

Additionally, the homeowner is working with local animal rescue and animal control agencies to help the animals get adopted, Sliger said.