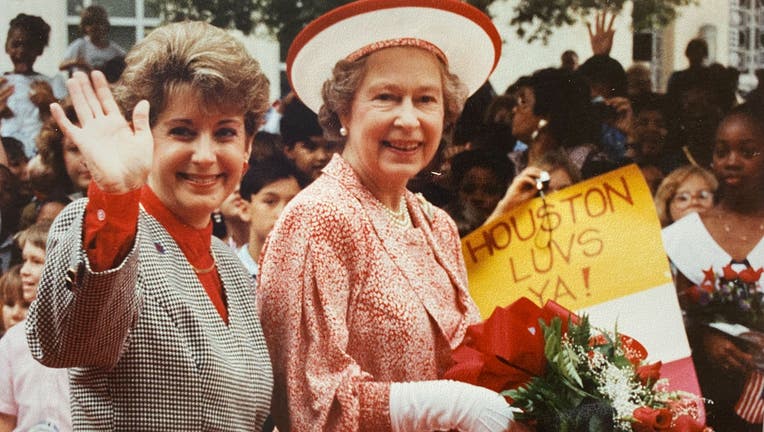 In 1991, the queen and her husband Prince Philip visited the U.S., beginning in Washington followed by a stop in Florida and Texas. The nine-day trip was capped-off in Houston.

"It was a very important occasion," recalls former Mayor Kathy Whitmire, who spoke to FOX 26 over the phone from her home in Hawaii. "Most important to us in Houston was having a chance to showcase the city and the state. And have that of the importance of Texas."

After making stops in Austin, Dallas, and San Antonio, Queen Elizabeth and Prince Philip arrived in the Bayou City on May 22, 1991 greeted by then-Mayor Whitmire, hundreds of Houstonians, and rain. 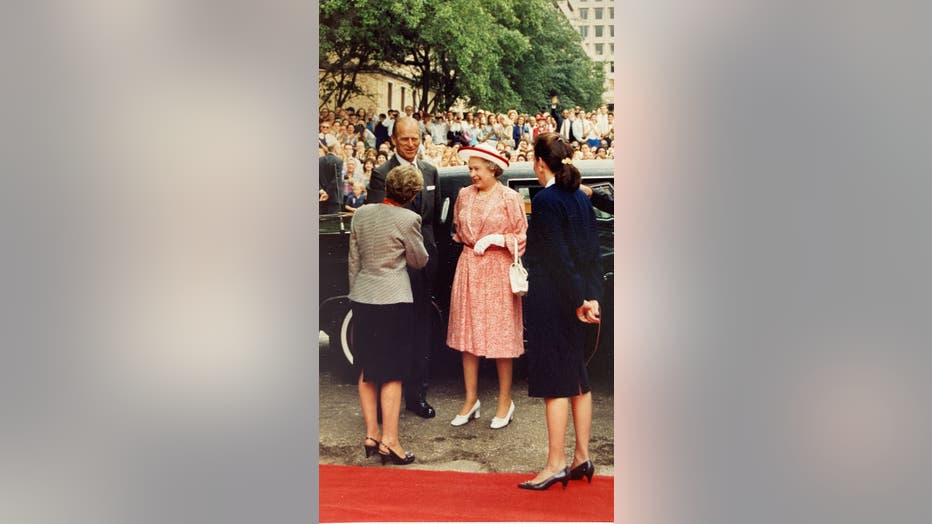 Houston Mayor Kathy Whitmire greets Queen Elizabeth II and Prince Philip as they arrive in Houston for their final stop on their 1991 visit to the U.S. (Photo courtesy: City of Houston)

Prince Philip chuckled as the Houston Community Choir sang ″Home on the Range,″ particularly when the singers reached the line ″where the skies are not cloudy all day″ in the midst of a downpour.

Whitmire sat with the queen and Prince Philip under a white awning outside City Hall as a parade of performers streamed by. The queen wore a red-and-white belted dress with a matching hat, white gloves, and a purse. Whitmire titters as she remembers the queen's purse.

"When she was seen in public, she was carrying a purse that coordinated with her outfit," Whitmire said. "People always ask, 'Why does the queen need to carry a purse? What does she even have in it?'"

Whitmire knows at least one item. "She kept her eyeglasses in it." 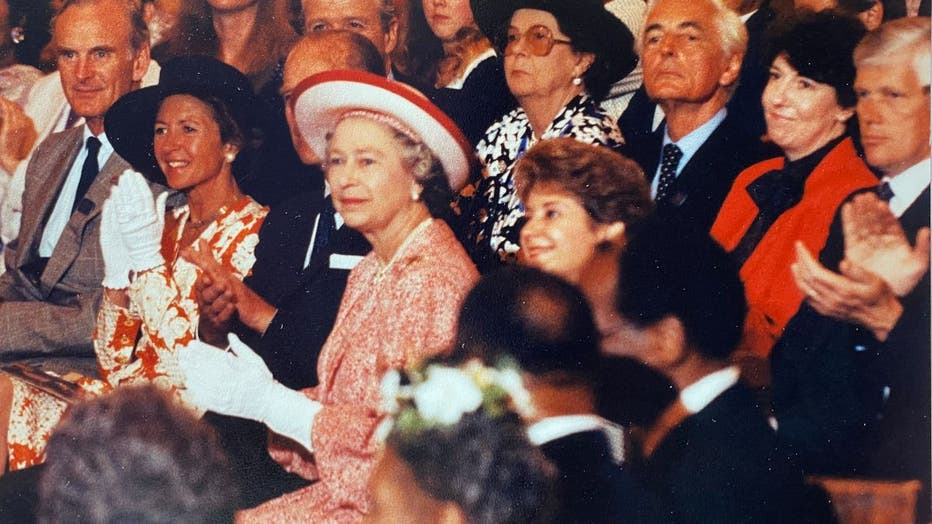 Queen Elizabeth II during her visit to Houston, where she visited the historic Antioch Missionary Baptist Church in 1991. (Photo courtesy City of Houston)

At first, the queen and prince appeared unprepared for the loud, lively singing. But after about 20 minutes, the queen felt the rhythms of the energetic performance. Whitmire says there is a video of the queen tapping her toes to the music.

″It was nice,″ the queen was quoted saying of the uniquely American music. 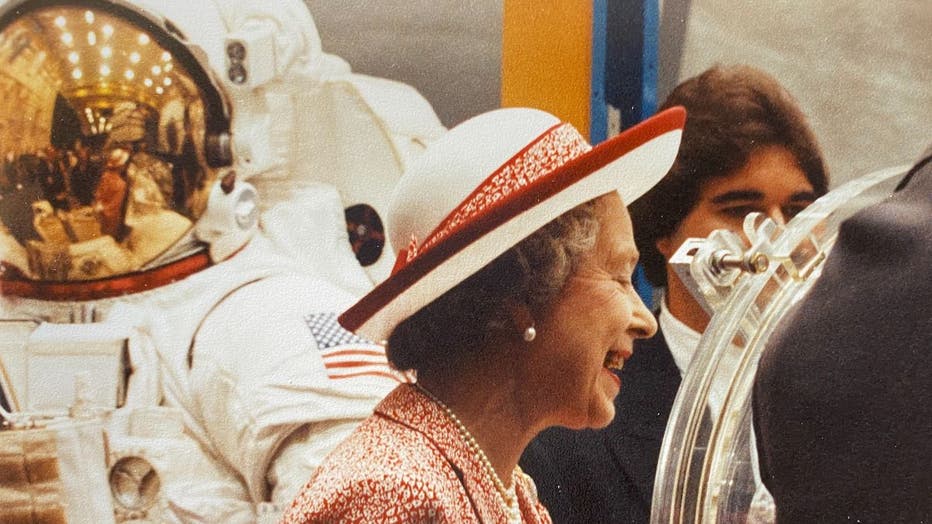 The final event was a private dinner at the Museum of Fine Arts. Among those in attendance, were Texas Governor Ann Richards, Dallas Mayor Annette Strauss, and San Antonio Mayor Lila Cockrell.

"That final evening Prince Philip said he wasn't expecting Texas to be run by women," Whitmire recalls with a chuckle. "It was a significant time for women's leadership."

Not only were women leading in Texas at the time, but Margaret Thatcher was also serving as Prime Minister of the United Kingdom. Thatcher had even visited Houston the year before.

After the dinner, the queen bestowed an honorary knighthood on Dallas resident Cecil H. Green in a private ceremony. Green, a British-born U.S. citizen, endowed the Green College at Oxford University and also co-founded Texas Instruments.

Queen Elizabeth’s Death: A look back on the life of Britain’s longest-reigning monarch

Queen Elizabeth II spent 70 years on the throne as the queen of England and the only monarch many have ever known.

Whitmire, who served as mayor for five consecutive terms, says the royal visit was extra special to her.

"I remember when she was crowned when I was a very small child," Whitmire says. "She provided stability to the United Kingdom for a very long time. It was very important to me to have that personal interaction."

Whitmire recalls the queen as a very dignified person, but who was also very easy to talk to.

"She was obviously very good at what she did," Whitmire says. "She was very much in tune with the importance of the United Kingdom around the world and the relationships that her country had with the United States. But she didn't let the importance of her role get in the way of her being a human being, and being able to connect with other people as individuals."

READ MORE: Now that the Queen has died, what happens to her corgis?

What Whitmire remembers is the Queen "cared about who the people of Houston really were."

"I gave her a key to the city, but I guess she never used it," she laughed.